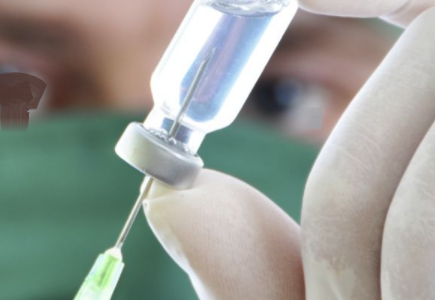 Accidental discoveries that changed the world

Penicillin was invented by Alexander Fleming in 1928, who halfway through an experiment with bacteria went on a  vacation, but left a petri dish in the lab sink. On his return, he found bacteria had grown all over the plate, except where the mould had formed. Penicillins are a group of antibiotics originally obtained from Penicillium moulds principally P, Chrysogenum and P Rubens. Most penicillins in clinical use are chemically synthesised from naturally produced penicillins.

Penicillin was first used as a cure when George Paine treated eye infections with it in 1930. A method for mass production was devised by Howard Florey and Ernst Chain in 1940 and it was first mass produced in 1942, with half of that total supply used for one patient being treated for streptococcal septicaemia. In 1944, 2.3 m doses were produced in time for the Normandy landings of World War II, and it was that the miracle of pencillin became crystal clear, for the survival from Septicaemia, Meningitis, pneumonia, chest infections, sinusitis, and kidney infections. Today tens of millions of prescriptions are written in the UK every year mostly by GPs and nurses in primary care, as most bacteria were killed by penicillin.

Anesthesia was invented by Horace Wells` in 1844 when nitrous oxide was strictly a party toy since it made people howl like hyenas. A friend of the dentist took too much of the stuff at a laughing-gas stage show and gashed his leg, but not realised he’d hurt himself. Nitrous Oxide became an early form of Anesthesia. Anesthesia  ( anaesthesia from Greek “without sensation”) is a state of controlled, temporary loss of sensation or awareness that is induced for medical purposes, which may include some or all of analgesia (relief from prevention of paint), paralysis ( muscle relaxation). Amnesia ( loss of memory), and unconsciousness. A patient under the effects of anesthetic drugs is referred to as being anesthetized. If your tooth filled with Novocaine, you know the difference anesthesia can make, as it numbs your mouth or puts you into a full sleep, as designed to keep you comfortable during a procedure that otherwise might be hard to tolerate physically, emotionally or both. There are four basic kind of anesthesia – local which is administered to numb a small area, regional which numbs a larger area, like your hand, arm or foot, Neuraxial  ( spinal or epidural) which is injected near the spine and numbs the lower half of your body, and general which works in the brain to render you completely unconscious and unable to sense pain. General Anesthesia works by interrupting nerve signals in your brain and body  by preventing brain from processing pain and from remembering what happened during your surgery. 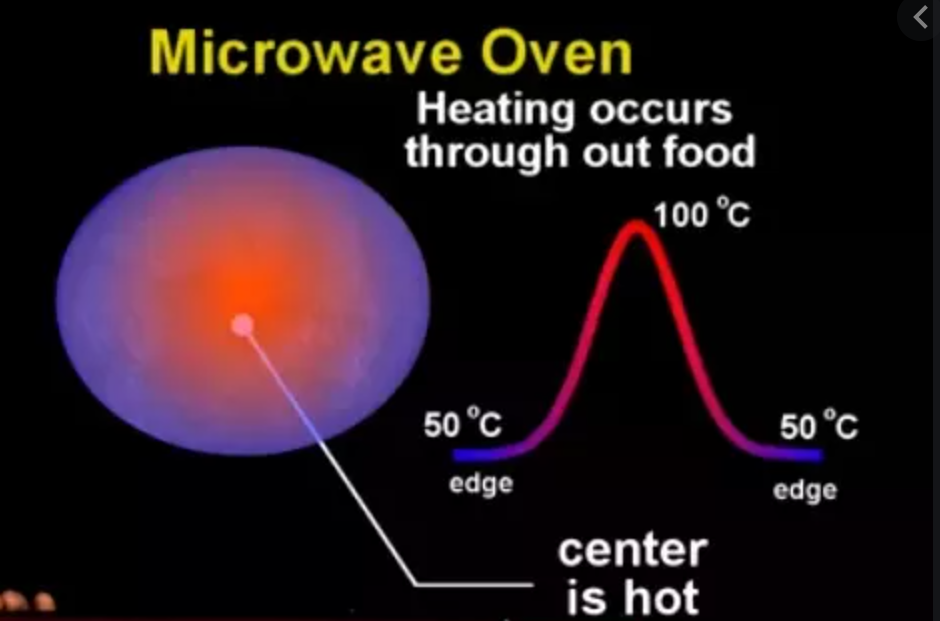 The microwave was invented by Percy Spencer in 1946, with the end of World War II, the Raytheon engineer was looking for other uses for the magnetron, which generated the microwaves for radar systems.  While Spencer was standing next to the device one day, a chocolate bar in his pocket melted.

A microwave oven is an electric oven that heats and cooks food by exposing it to electromagnetic radiation in the microwave frequency range, which induces molecules in the food to rotate and produce thermal energy in a process known as dielectric heating. Percy Lebaron Spencer, one of the world’s leading expert in radar tube design, and developed a more efficient way to manufacture magnetrons, and noticed standing in front of an active radar the candy in his pocket had melted, began learning about the phenomenon. He decided to experiment using food including popcorn kernels which became the world’s first microwaved popcorn.  In a tea kettle, and the magnetron was placed directly above it with the egg exploding in the face of one of his co-worker, who was looking in the kettle created the first microwave oven by attaching a high-density electromagnetic field generator to an enclosed metal box. The magnetron emitted microwave allowing it to be controlled and safe experimentation. Raytheon filed a US patent on October 8. 1945, for a microwave cooking oven eventually named the Radarange in 1947, but first produce commercially in 1967 costing $5, 000.

Viagra was discovered by Pfizer in 1992 when a Welsh hamlet was ground zero for a test on a pill to fight angina which was a failure, but the men taking part in the study refused to give up their medicine. The scientists switched gears and marketed the drug, Viagra for a very different purpose. Viagra is a medication to treat erectile dysfunction and pulmonary arterial hypertension, typically within 20 minutes and last for about 2 hours, with common side effect like headaches, heartburb, and flushed skin.  Should not be taken by people on nitrates such as nirtoglycerin ( Glycerin trinitrate) as this may result in serious drop in blood pressure. Viagra acts by blocking phosphodiesterase 5 (PDE), ab enzyme that promotes breakdown of cGMP (cyclic guanosine monophosphate) which regulates blood flow in the penis, leading to smooth muscle relaxation ( vasodilation) of the intimal cushions of the helicine arteries,  but requires sensual arousal to work. It also results in dilation of the blood vessels in the lungs. Pfizer originally discovered the medication  in 1989 while looking for a treatment for heart-related chest pain, and was approved in 1998. It was the 217th most commonly prescribed medication in the United States, with more than two million prescriptions.

Robert F Furchgott, Feird Murad and Louis Ignarro won the Nobel Prize in Physiology or Medicine in 1998 for their independent study of the metabolic pathway of nitric oxide in smooth muscle vasodilation. Sildenafil and other drugs that operate by the same mechanism include tadalafil ( Cialis) and Vardenafil ( Levitra).

Sildenafil is broken down in the liver by hepatic metabolism using cytochrome p450 enzymes, mainly CYP450 3A4 (major route) but also by CYP2C9 (minor route_ hepatic isoenzymes. Sildenafil was initially studied for used in hypertension (high blood pressure) and Angina pectoris ( a symptom of ischaemic heart disease). Pfizer decided to market it for erectile dysfunction, rather than angina as the drug was patented in 1996.

Chewing Gum was invented by Thomas Adams in 1870, when he was experimenting with chicle, the sap from a South American tree, as a substitute for rubber. After encountering multiple failures the dejected inventor popped a piece into his mouth and he likes it. Adams in New York mass-produced chewing gum in the world. Chewing gum is a soft cohesive substance designed in order to be chewed without being swallowed. Modern chewing gum has gum base, sweeteners, softeners/plasticizers, flavours, colors and typically a hard, or powdered polyol coating; Its texture is reminiscent of rubber because of the physical-chemical properties of its polymer, plasticizer, and resin components which contribute to its elastic plastic, sticky, chewy characteristics. Chewing gums has existed since the Neolithic period 6000-year old chewing gum made from birch bar tar with tooth imprints has been found in Kierikki in Finland. The tar from which the gums were made is believed to have antiseptic properties and other medical benefits. The Mayans and Aztecs were the first to exploit the positive properties of gum they used chicle, a natural tree gum, as a base for making a gum-like substance and to stick objects together in everyday use. Forms of chwing gum like mastic tree were also chewed in ancient Greece, and one of the properties is believed to have been used to maintain oral health.  American Indians chewed resin made from the sap of spruce trees.

Modern Chewing gum was first developed in the 1860s  when chicle was brought from Mexico by the former President General Antonio Lopez de Santa Annam to New York, where he gave it to Thomas Adams for use as a rubber substitute. Chicle did not succeed as a replacement for rubber, but as a gum, which was cut into strips and marketed as Adams New York Chewing Gum in 1871. Black Jack1884, which is flavoured with licorice, Chiclets 1899, and Wrigley’s Spearmint Gum were early popular gums that eventually dominated the market.

Botox was invented by Alastair and Jean Carruthers in 1987 when the couple was using small doses of a deadly toxin to treat crossed eyes eyelid spasms and other eye muscle disorders when they noticed an interesting side effect, as the wrinkles magically disappeared. The result is expressionless face became the new look.

Botulinum Toxin (Botox) is a neurotoxic protein produced by the bacterium Clostridium botulinum and related species which prevents the release of the neurotransmitter acetylcholine from axon endings at the neuromuscular junction, thus causing flaccid paralysis. The toxin causes the disease botulism.

There are seven main types of botulinum toxin are named types A to G. New types are occasionally found.

Botulinum toxins are the most poisonous proteins  known, intoxication can occur naturally as a result of either wound or intestinal infection or by ingesting formed toxin in food. The estimated human lethal dose of type A toxin is 1.3-2.1 ng/kg intravenously or intramuscularly. 10-13 ng/kg when inhaled, or 1000ng/kg when taken by mouth. Commercial forms  are marketed under the brand names Botox (onabotulinumtoxinA), Dysport/Azzalure (abobotulinumtoxinA) Xeomin/Bocouture (inconotulinumtoxinA, and Jeuveau (prabotulinumtoxinA).

In costmetic applications botulinum toxin is considered safe and effective for reduction of facial wrinkles especially in the uppermost third of the face by using Vistabel from Allergan. Dysport/Azzalure from Galdema and Ipsen. Xeomin/Bocouture from Merz and in the US only Jeuveau from Evolus manufactured by Daewoong. The effects of current botulinum toxin injections for glabellar lines 11s lines between the eyes( typically last two or four months and in some cases product-dependant with some patients experiencing a longer duration of effect injection of botulinum toxin into the muscles under facial wrinkles causes relaxation of those muscles, resulting in the smoothing of the overlying skin. Smoothing of wrinkles is usually visible three to five days after injection, with maximum effect after a week.

The American Society of Plastic Surgeons estimates that in 2018 more than seven million people received botulinum toxin injections. Botox produced by tge bacterium Clostridium botulinum. In the wild, infection with Clostridium botulinum causes botulism a rare but disabling paralytic illness. Botulism starts by paralysing the muscles of the face, mouth and throat before spreading to the rest of the body.

An Injection into muscle botulinum toxin suffuses the nerve terminal and binds thus preventing the release of acetylcholine, a neurotransmitter. Without acetylcholine, muscle activity stops.  This specific paralysis is what smooths wrinkles and stops spasms. Before injection  with botulinum toxin, the use of anticoagulants should be discontinued  for two weeks to minimise bruising.

Brandy was invented by a Dutch Shipmaster in the 16th century when he used heat to concentrate wine in order to make it easier to transport with the idea of adding water to reconstitute it when he arrived. Concentrated wine is better. Brandy is a liquor produced by distilling wine and generally contains 35-60 per cent alcohol by volume.

In the early 16th century French brandy helped kickstart the cross-atlantic triangle trade  when it took over the central role of the Portuguese fortified wine due to its higher alcohol content and ease of shipping Canoemen and guards on the African side of the trade were generally paid in brandy.