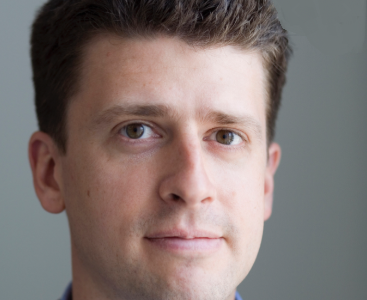 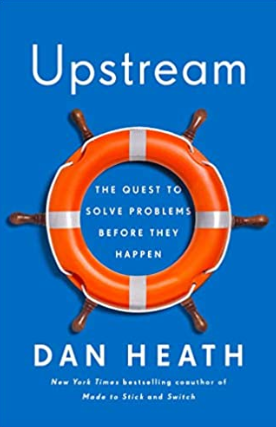 Upstream probes the psychological forces that push us downstream – including the problem of blindness, which can leave us oblivious to serious problems in our midst. Often in life, we get stuck in a cycle of response. We put out fires. We deal with emergencies. We stay downstream, handling one problem after another, but we never make our way upstream to fix the systems that caused the problems. Cops chase robbers, doctors treat patients with chronic illnesses, and call-centre reps address customer complaints. But many crimes, chronic illness and customer complaints are so preventable. “ Prevention is better than cure”. So why do our efforts Skew so heavily toward reaction after the event rather than prevention?

Upstream delivers practical solutions for preventing problems rather than reacting to them.

Dan Heath in Upstream, considers our chronic failure to address our problems before they happen, as the book title derived from the fable of two friends picnicking by a river when they see a child drowning as they dive in and rescue the child, only to see another child drifting along in the current. They save that one too and then a few more until one of the friends runoff. The other asks what he is doing. “I am going upstream to tackle the guy who’s throwing all these kids in the water,” he says.

Back in 2012, Expedia Travel site customers calling its helpline, found trawling through the company’s call centre data, Ryan O’Neill, head of the customer service, discovered that 58 per cent of people who booked flights, hotel rooms or rental cars through Expedia was phoning for help as they could not find their itineraries. Expedia discovered that the complains arose as a result of emailed itineraries were going straight to people’s spam folder, or customers had deleted them thinking they were junk mail, or they had mistyped their email addresses in the first place and there was no way to retrieve their itineraries online. The call centre was costing Expedia $100m a year, but fixing the spam problem and creating an online itinerary finding tool and website largely fixed the problem for twenty million customers and Expedia.

Having call centre expensively deal with the problem is downstream rather than upstream thinking.

Heath quotes a Canadian deputy chief “ Imagine a turn in the road where a lot of collisions happen. One officer stands before the turn where here presence make drivers more cautious. The second officer hides around the turn nabbing motorists for driving violations. The second officer gets the credit for the number of tickets issued: the first officer gets nothing for preventing accidents from happening”.

We fret over youth crimes but are unwilling to invest enough in early health, education and parental guidance. Doctors prescribe inhalers for children, while we fail to clean the air that caused their bronchial problems.

The problem is upstream action get hardly any glory.

Heath points out two areas where we do put in the upstream investment: concerned parents who watch their kid’s screen time, health and nutrition in pursuit of long-term success. Our teeth, we brush them twice a day and go to the dentist.

Upstream: How to Solve Problems Before They Happen by Dan Heath, Simon & Schuster $30, 320 pages.

Why we couldn’t stop the virus
Smell making social divisions