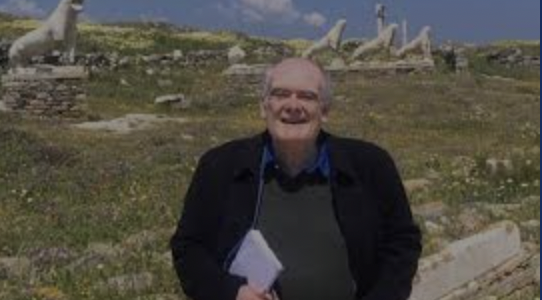 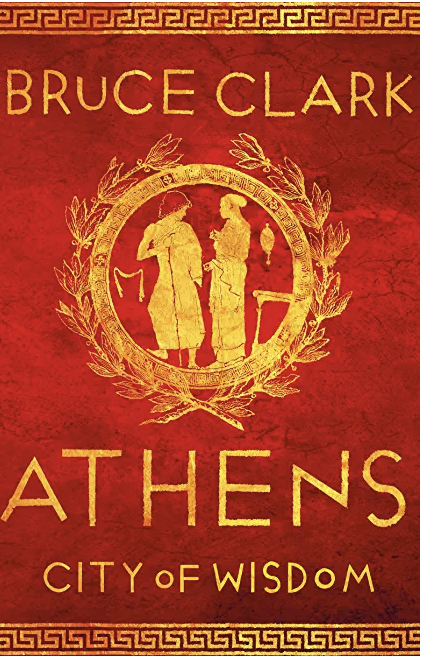 The ancient Greek city of Athens the birthplace of Western civilization, and dominated by the pillars and pediments of the Parthenon, a temple dedicated to Athena, goddess of Wisdom,  from Runciman Award winner Bruce Clark.

Bruce’s tale of a city that occupies a unique place in the cultural memory of the West.  Reforms of the lawmaker Solon in the sixth century BCE to the travails of early twenty-first -century Athens, as a rapidly expanding city struggles with the legacy of a global economic crisis. The golden age of Classical Athens, of the removal from the Acropolis of the Parthenon marbles by the agents of the 7th Earl of Elgin in the early nineteenth century, or the4 holding of the first modern Olympic Games in 1896. When St Paul preached on the Areopagus and neo Platonists re-founded the Academy that Sulla’s legions had desecrated. He also delves into Athen’s forgotten medieval centuries unearthing jewels gleaming in the Byzantine twilight and tales of Christian fortitude and erratic Turkish governance from the four centuries of Ottoman rule that followed.

He compares between the Acropolis – “revered as a testament to human reason, skill and freedom” – and the Temple Mount, “ the home of monotheism”.

Glorious triumphs and bitter defeats focusing on a critical moment in the history of Athens.

Athens drifted into insignificance during 400 years of Turkish occupation, an era during which the acropolis turned into a mosque, adding minaret to the Athenian skyline.

Bruce Clark highlights the final broadcast in April 1941 of Athens Radio before the city fell to the Nazis and years of terror. Greek communists gave orders for the Acropolis to be blown up, an instruction that was thankfully ignored by the commander who received it.

When Clark arrived in Athens, Greece was undergoing rapid change. A seven year military dictatorship had ended a few  years earlier in 1974, and the first socialist leader, Andreas Papandrous had just taken over the reins of government. Greece had also just joined the European Economic Community ( later the EU), and a sense of progress was in the air as the country was transforming socially and economically.

Athens in the 1980s, had the dirtiest air of any major city in European community, as illegal buildings were popping up everywhere and its politics were rife with corruption and scandals.

After a short period of growth fuelled by cheap loans, courtesy of low eurozone interest rates, in 2009,  Greece descended into the biggest economic crisis of any advanced economy in modern times.

In a few years the city saw their income shrink about 25 per cent and the centre of Athens became a stage for violent protest, shrouded in tear gas and smoke and flames from Molotov cocktails.

Clark describes how he was in the audience on June 12 1986m when a classics student called Boris Johnson chaired a debate on the Parthenon marbles at the Oxford Union and argued passionately for their return from the British Museum to Athens – an issue that remains unresolved even today,