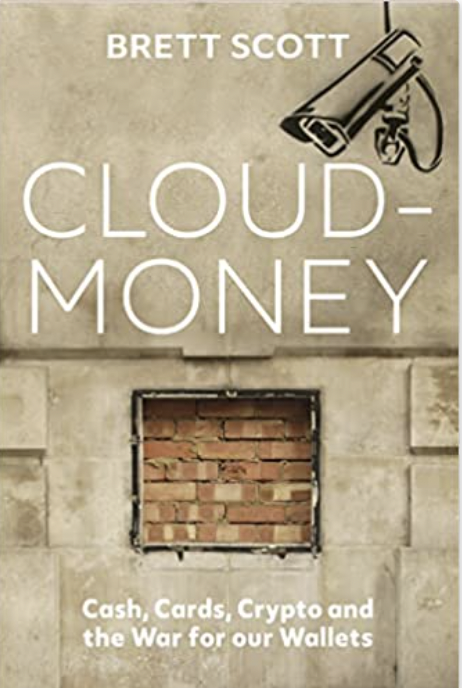 Paying in cash, like using a payphone or typewriter, is often sniffed in our cashless society, as your pound and penny coins, and notes are treated as inconvenient and dirty products of the past, and wonder who gets left behind? Are we seeing the end of true privacy as the cashless future take-over? You could pay with a contactless debit or credit card, or even your high-tech mobile phone with the advent of Covid-19.

Cloudmoney reveals the fusion of big finance and tech which requires physical cash to be replaced by digital money or “Cloudmoney”.  But journalist and author Brett Scott states “ We must vigorously assert our right to use cash, and to see that as a political act”.

Cash is stopping human progress, as it is a roadblock against the greater concentration of data mining by Big Tech and Big Finance companies. Visa’s campaign for “cash-free and proud” in 2016 was achieved with help from the pandemic.

Cash is the fuel of capitalism and remains popular in areas of deprivation because of its effective budgeting tool, a barrier to overspending. Advance fintech platforms and the cryptocurrency rebels and fringe groups pushing back, Cloudmoney takes us to the frontlines of a war for our wallets that is also about our freedom.

Payment innovations like buy now, pay later have proved to be enticing to retailers as they promise to increase the amount customers spend. Our eyes and brain have been brainwashed by social media companies and their use of our information, who can see our transactions and how it’s used has received less attention according to Brett Scott, whose argument is supported by cases like Diem, the Facebook digital money project formerly known as Libra. Its failure to launch could reflect the limits of Big Tech’s power, and the distrust engendered by the social networks. The cryptocurrencies and their failures to break the orbit of traditional business. Cash in the UK is a part of the government’s plans. In May, the Financial Conduct Authority will gain new powers to ensure that banks and building societies continued to provide access to cash, under legislation announced in the Queen’s speech.

Many merchants have gone purely contactless which means they don’t accept cash, and as banks are getting more digital and the opportunity of face-to-face contact with tellers are soon diminishing.

Cloudmoney: Cash, Cards, Crypto and the War of Our Wallets by Brett Scott, Penguin £20, 287 pages.

India 416, centuries by Pant and Jadeja, England 84-5
Our Cultural obsession with unequal and unfaithful relationship