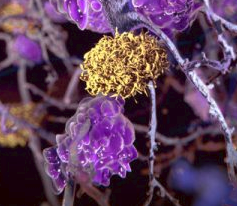 Biogen has offered a glimmer of hope saying it intended to take an experimental drug into the final stages of testing following promising results from a clinical trial.

Biogen’ share shot up 18 per cent at the open in New York Yesterday, adding about $10bn to its market valuation, after the US biotech company and its partner Japan’s Eisai, said the medicine had performed favourably in a mid-stage “Phase II” study.

There has been an absence of a Pharmaceutical company breakthrough in recent decades. But a drug to treat Alzheimers’ disease the most common form of dementia that some experts believe could bankrupt Medicare in a matter of decades. While cancer drugs going through clinical trials have reached a 20 per cent success rate, the search for a drug to treat dementia has been one of modern medicine’s greatest frustrations with a 99.6 per cent failure rate.

The result offered some of the validation of the “amyloid hypothesis”, the most common explanation for what causes Alzheimer’s which holds that the build-up of sticky plaques in the brains causes memory loss and other impairment. The hypothesis has taken a hit in recent years after a string of high-profile failures from companies like Merck & Co, Eli Lilly and AstraZeneca.

Big Pharma has tested several drugs that target the beta-amyloid plaques but all of them have ended up flunking the final or Phase III, round of trails.

“Our next step is to talk to regulatory authorities to determine the best path forward, but our goal is to deliver potentially the first therapy to alter the course of Alzheimer’s,“ said Alfred Sandrock, Biogen’s chief medical officer.

It has been 1 5years since a new drug for Alzheimer’s was launched, reflecting one of the industry’s longest and most expensive losing streaks. The drugs approved so far can only ameliorate symptoms rather than slow the disease for 4.4 m suffers worldwide.

Biogen said the patients taking the highest dose of their medicine, code-named BAN 2401, lost their cognitive abilities more slowly than those taking a placebo, according to a final analysis conducted after 18 months. The drug also cleared the sticky plaque-like substance known as beta-amyloid from patients’ brains and these are promising results but stay tuned since this is just Phase II”, said Eric Siemers, a neuroscience researcher who worked at Eli Lilly “The Amyloid hypothesis wins a round.”