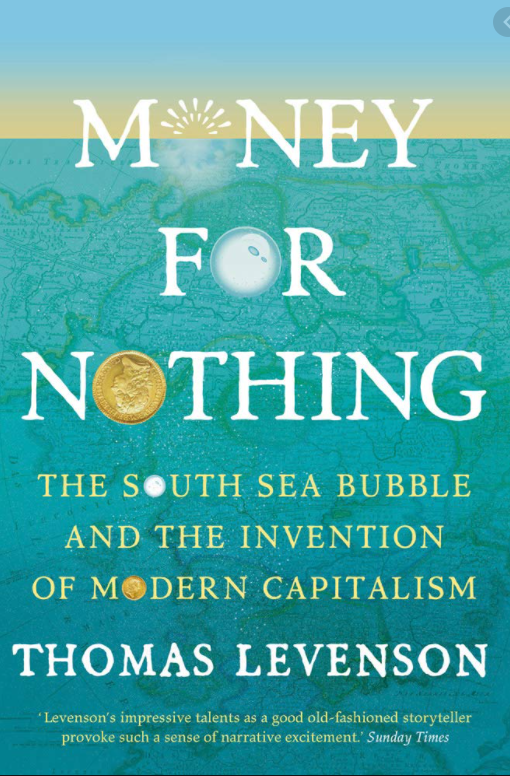 In 1719 London, the year began well enough for London’s stock traders, working from their corner of the city, a narrow passage called Exchange Alley, buying and selling shares-dealing not in things but in numbers – was still new to the city. There was no fixed marketplace for traders in the paper. So those who had mastered what was to many still a very dark art concentrated in a few Traven’s and inns at Garraway’s, a coffeehouse that catered to the gentry, and at Jonathan’s the rival coffeehouse that saw the most feverish trade in all the new ways in which it was possible to make or be- money. A pamphlet titled “ The Anatomy of Exchange ~Alley written for the unlicensed dealer in stocks, which served as a kind of travel story, leading its readers on a journey to an exotic spot. Exchange Alley was an island in miniature and could be walked in a minute or two “stepping out of Jonathan’s coffeehouse into the Alley, you turn your Face full South, moving on a few paces, and then turning Due East, you advance to Garraway’s, from thence going out at the other door, you go still East into Birchin Lane and then halting a little at the Sword-Blade Bank to do much mischief in fewest words, you immediately face to the North, enter Cornhill, visit two or three petty provinces therein you way West”. The South Sea Company had opened for business in 1711, Although the company never really managed to do the work implied by its name, like shipping goods and slaves to the Spanish port of South America, instead, it played what was then just being born, a marketplace for credit, all the notes and bonds and much stranger inventions that the British Government was using to build its ever-growing mountain of debt. The directors of South Sea Company aimed at a vastly more ambitious project one that would if it worked, solve Britain’s borrowing problem once and for all. They proposed a heroic attempt at what we would now call financial engineering- taking the whole of the national debt, accumulated over a seemingly endless series of wars, and turning it into shares of a private company- theirs- which could be traded back and forth at will in the nascent stock exchange. What happened in Exchange Alley over the next year wasn’t simply the work of “a Trade founded in Fraud, born of Deceit, and nourished by Trick, Cheat, Wheedle, Forgeries, Falsehoods”. The South Sea Bubble the headlong rise and the sudden collapse of London’s nascent stock market wasn’t the original sin of early modern capitalism- or rather it was never only that.

In 1719, on the brink of the wild ride to come, the greatest revolutionary of them all worked just a few hundred yards to the southeast of Exchange Alley.  There, in rooms built along the outer wall of the Tower of London, Sir Isaac Newton, master of the Royal Mint, produced Britain’s supply of the “real” money: gold and silver bullion of precisely defined and authenticated purity, rolled and punched and stamped into disks of legally mandated weight, decorated with the head of the King. He’d been advising the crown on monetary matters since the mid-1690s, and by this time he was in an experienced stock market player on his own account – which included, at this moment, a tidy sum in South Sea stock.

The Catastrophe Now known as the South Sea Bubble is on record as the first and in many ways the archetypal stock market crash and fraud.

The calamity of 1720 was a watershed moment in the long tangled process of creating the modern concept of money, especially of money’s most dynamic incarnation, credit – which makes promises expressed in numbers that connect the future to the present.

Three hundred years since the Mississippi and South Sea bubbles covered in Money for Nothing by Thomas Levenson. In the South Sea boom and bus, the notorious directors of the company bribed much of the British establishment and inflicted losses on such brilliant intellectuals as Sir Isaac Newton, with financial engineering designed to reduce the huge debt incurred by Britain during the war.

The South Sea Company proposed to parliament that holders of the government’s IOUs should pass them to the company in exchange for shares. To win parliamentary approval it accepted a cut in the coupon debt, so helping reduce the government’s borrowing costs. The former debt holders received dividends instead of interest, while the directors hoped to buttress the payout with profits from slave trading.

The result was the British Government debt became tradable for the first time, ensuring a long-lasting competitive advantage in war finance over France. At the turn of the 18th century, the power of maths and habits of observation associated with the scientific revolution created new ways to think about the future. Newton and Edmund Halley, the astronomer, developed a formal framework for thinking about money, risk, and uncertainty, which came to full fruition in the financial engineering that characterised the bubble year of 1720.

The nature of the scam Levenson leans heavily on the narrative of Adam Anderson, a South Sea Company clerk, who said the directors could have lined their pockets form the proceeds of sales of surplus stock –shares in excess of what was needed to clear the public debt- so they stood to profit from creating the bubble. This the story of scientists, fraudsters, and corrupt politicians who reinvented money, panicked a nation and made the world rich.

Money for Nothing: The South Sea Bubble and the Invention of Modern Capitalism by Thomas Levenson, Head of Zeus £20, 480 pages.