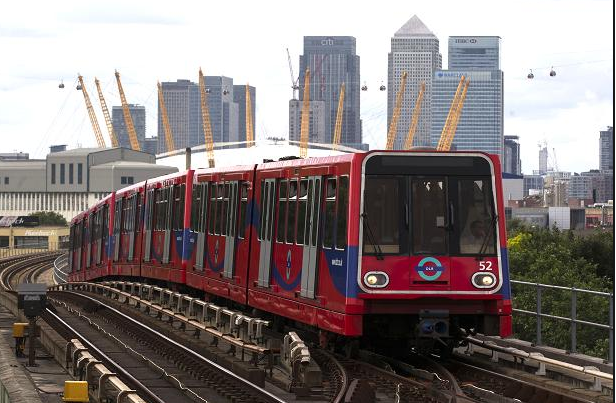 The origins of DLR., traced back to 1982 When the London Docklands Development Corporation was created to coordinate the redevelopment of the Docklands area. The DLR  opened in1987 with 11 single-car trains running between 15 stations, as the original network comprised only two routes _ Tower Gateway to Island Gardens and Stratford to Island Gardens. The first extension to Bank was opened in 1991, with five further extensions keeping pace with the growth of the Docklands as an international business and financial centre.  Today it links 45 stations and 149 vehicles operating driverless 3-car formation.

DLR was crucial to the success of London 2012 Olympic and Paralympic Games.