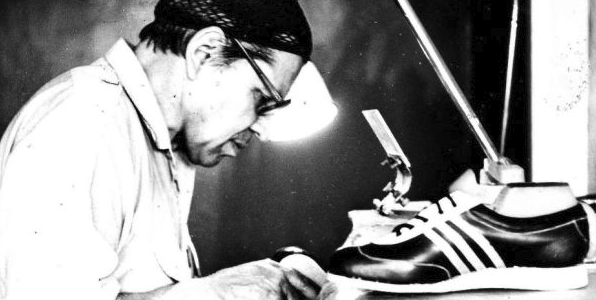 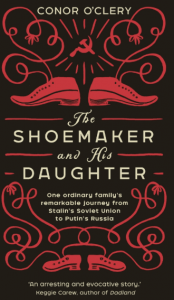 Connor O’Clery, tells the story of the Soviet century-spanning Stalin to Putin era.

Stanislav Suvorov, a bespoke shoemaker, had a full order book and a growing clientele, he had it all modern luxuries like Television, camera, Fridge but lived in the wrong country. In Europe or US, he would have been a Yuppie, upwardly mobile artisan with a thriving business and bright future.

The importance of a good footwear is addressed by the production of a new innovative type of military boot in wartime Russia was of equal importance in defeating the Germans as the invention of the Katyusha rocket launcher. Even Khrushchev himself “once said that in his early days in Tsarist Russia every villager dreamed of owning a pair of boots.

In 1961, he was wrongly arrested for speculation, a victim of Nikita Khruschev’s crackdown on the informal economy and after five years in prison, he took his wife and two small daughters into an internal exile, moving them nearly 3, 200 miles from their home in the Caucasus city of Grozny to Krasnoyarsk  in eastern Siberia, in an attempt to cover up his so-called criminal past.

Connor O’Clery tells the multi-generation story of Russian American family is, in fact, a tale about the Soviet century. The author, who worked a foreign correspondent for the Irish Times in Moscow,  Washington, Beijing and New York is married to Stanislav’s daughter, Zhanna, a woman who comes to bridge the gap between Russia and the West, Communism and Capitalism.

Connor O’Clery takes us through the Stalin’s terror, the Soviet collapse, the economic crises of the 1990s and the rise of Vladimir Putin through the eyes of ordinary people. His relatives are swept up and dispersed by the conflicts in Chechnya and Nagorno-Karabakh, an
Armenian enclave of Azerbaijan.  The family lost their life savings twice – in the hyperinflation of the early 1990s and the financial crisis of 1998. Stanislav’s nephew Ararat, a former policeman who started a private security business is gunned down as a crime wave sweeps Krasnoyarsk.

Soon after the Nuclear disarmament treaty signed by the US and Soviet Union in 1987, the Russian soldiers dismantle a missile silo adjacent to the family’s dacha outside Krasnoyarsk. To the astonishment of the villagers who later find a flourishing cannabis plantation at the site and they wonder “ how a nuclear weapon capable of levelling a small city may have been in the hands of soldiers high on marijuana.

For Zhanna’s mother Marietta the Soviet Union meant free healthcare, free education and free housing. Russian style capitalism is crime, corruption and inequality where the rich get richer while the vast majority languish in poverty. Zhanna joins her husband in Washington and ends up working for the International Finance Corporation, the lending arm of the World Bank.  IFC was deeply involved Russia’s controversial voucher privatisation programme, as a result, the Krasnoyarsk shoe factory, the plant’s former red director” lay off all of its 800 workers and sells the factory building for offices.

The Shoemaker and his Daughter by Conor O’Clery Doubleday £14.99, 384 pages