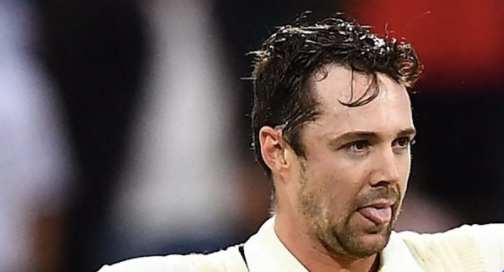 Travis Head’s century on day one of the fifth Ashes Test in Hobart put Australia on the driving seat after his aggresive 53 balls fifty having come in at 12-3. Amid early successes for England claiming Marnus Labuschagne  who was dropped on nought, a mistake Zak Crawley  which proved critical.  Labuschagne’s 44  and a 71 run stand with Head demolished the England attack in a partnership of 121 with Cameron Green. Head made his second century of the series from 112 deliveries only to be dismissed next ball for 101. England removed  Green late in the day  and hope to find a way through Australian tail.

Earlier Robinson removes Warner & Smith for ducks and Labuschagne comically bowl3ed by Broad for 44 having dropped by Crawley on 0.