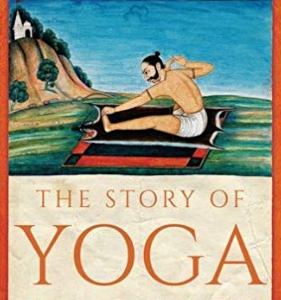 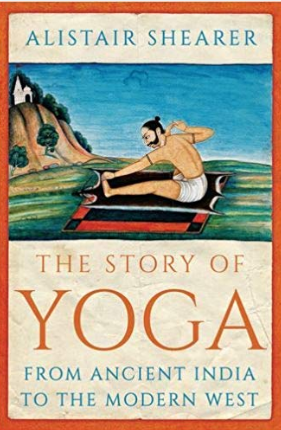 The art form of yoga is no longer the preserve for hippies or hip-millennials, as a multi-dollar industry with varieties including hot yoga, naked yoga, beer yoga, and doga have taken over.

The Indian spiritual discipline is a £20billion-a-year mainstay of the wellness industry. Shearer reveals a cultural cast of characters past and present in an engaging tale of scholars and scandal, science and spirit, wisdom and waywardness.

A simple reading of yoga sees it as two halves the meditative  “mind Yoga” of scriptures such as the Vedas and Bhagavad Gita and the poses and asanas of “body yoga” which came to limelight in the 9 and 10th centuries.

Today yoga practitioners may find little in common with the “magic-sexual practices” prevalent in early yoga including “semen retention” which have emerged in men’s health groups. But the emphasis on the supernatural – including claims of immorality, enhanced strength, and psychic abilities  – was widespread in ancient texts, have largely been lost due to the nationalist ethos of 19th-century Hindu revivalists.

Akharas-open-air gymnasiums which ascetic yogis trained in martial arts are alien today as the tradition which dates back to the Hindu epic the Mahabharata (around 4th century BC), with yoga, referred to in both philosophical and heroic terms. East India Company’s capture of Delhi was only possible because a yogi-warlord had weakened the forces of the powerful Maratha empire.

Shah Jahan, responsible for the building of the Taj Mahal, razed temples in the holy city of Varanasi. Yet his grandfather, Akbar the Great, a ruler of the Mughal Empire, had yoga texts translated for his court and espoused admiration for the rigorous exercises yogis performed.

Yoga’s physical elements were exported to the British Isles and elsewhere, during the cultural transmission yoga became increasingly female-dominated in the west, adapting to changing norms.

Swami Vivekananda whose travels were crucial to popularising Hinduism worldwide. His visit to Chicago in 1893 helped to illustrate a philosophical and meditative art form that remains relevant today followed by admirers like John D’ Rockefeller, Gertrude Stein, and Leo Tolstoy.

Shearer stresses the limits of what yoga can do, advice as important as any guru’s techniques. The injuries sustained in unregulated studios are a testament to relentless drive in some modern interpretations.

Yoga’s abilities are also mental and for many practitioners, a side-effect is a self-knowledge and calm.

The Story of Yoga: From Ancient India to the Modern West by Alistair Shearer, Hurst £25, 384 pages.