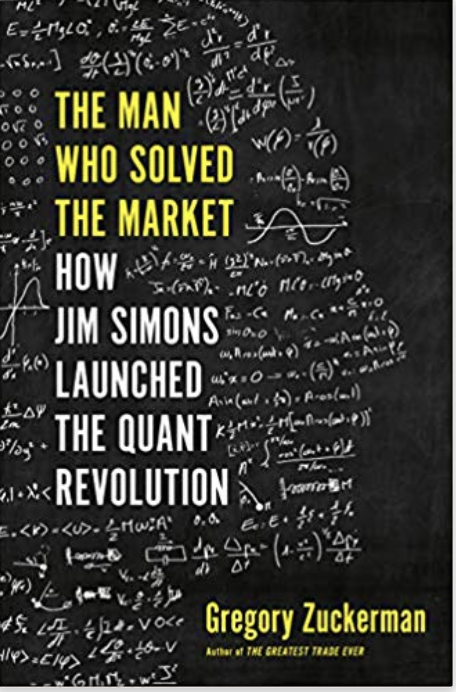 Jim Simons who is worth $23bn is the greatest money maker in modern financial history, no other investor neither Warren Buffett, Rau Dalio, Steve Cohen, Peter Lynch, or George Soros can touch his record. Since 1988, Renaissance’s signature Medallion fund has generated average annual returns of 66 per cent and earned profits of over $100 billion.

Quoting Benjamin’s Animal Farm’s wise old donkey Simons said “ God gave me a tail to keep off the flies,. But I’d rather have had no tail and no flies”, so that is the kind of way I feel about publicity.”

Renaissance commands finance and how machines and algorithms have taken over swaths of markets, superseding the traders of pubic preception and no one has harnessed computer science and vast data sets to invest as successfully as Renaissance. Jim Simons once motorcycled from Boston to Bogota was ejected from the Soviet code-cracking team at the Institute for Defence analyses for opposing the Vietnam War. And then built the most relentless of moenymaking machines. “It is the gold standard of computer trading”. Renaissance has proven what you can do by applying technology, big data and lots of brainy people.

Man with a midas touch who remade markets in his own image, but failed to anticipate how his success would impact his firm and country.

Renaissance is emblematic of an era where technology helps money and power accrue to an incresingly small number of people and demonstrates what can be achieved by applying modern technology, big data and lots of brainy people.

Zukerman estimates Renaissance has generated over $100bn in tradingprofits since 1988 – more than any hedge fund in history making new millionaires and several billionaires. According to Forbes Simons fortune above $21bn.

While Simons wasa toiling away as codebreaker and frustrated academic a bunch of brilliant financial economists were working out today’s algorithmic markets. And how machines conquered the financial markets.

The Man Who Solved the Market : How Jim Simons Launched the Quant Revolution by Gregory Zuckerman, Portfolio $30/ £20, 384 pages.