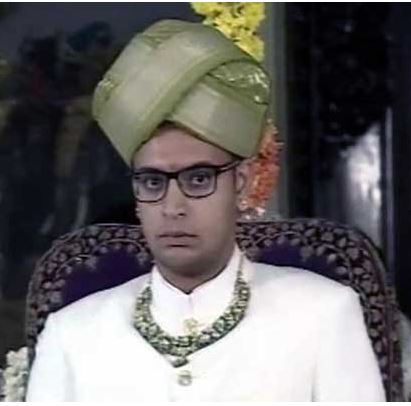 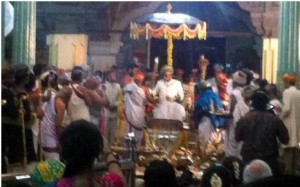 Yaduveer  Krishnadatta Chamaraja Wadiyar, 23-year-old economics graduate from the University of Massachusetts has been crowned the new Maharaja of Mysore, nominal head of the 600-year-old Wadiyar dynasty in southern India, and was anointed at an elaborate ceremony lasting nearly two hours, conducted by 40 priests across 15 temples spread across the Mysore Palace grounds also Amba Vilas Palace in Mysuru. The Wadiyar dynast began its rule of the kingdom of Mysore  to the year 2015 when the coronation of  a new king is a private affair in the Republic of India

He succeeds his grand uncle Srikantadatta Narasimharaja Wadiyar. Who was coronated in 1974, died in December 2013, was childless and did not name an heir, but his widow Pramodadevi Wadiyar adopted Yaduveer Gopalraj Urs, a relative, at a ceremony in February. After his coronation, the maharaja became known by his full title, Yaduveer Krishnadatta Chamaraja Wadiyar.

“It was quite a spectacle. This was enormous and certainly beyond expectations,” Michael Ludgrove, curator of the Royal House of Mysore, told BBC Hindi following Thursday’s ceremony.

“All sections of society were here, including the representatives of the people,” he added.
The new maharaja is a full of enthisasum and is interested in promoting tourism in the area – and will now become the custodian of more than 1,500 acres of land spread across Mysore, Bangalore, Hassan, Channapatna and other places in the southern state of Karnataka.
This coronation remain fascinating.ad of the Wadiyar family. The man who, in past years, would have been called the king.

The new maharaja But, he will also be inheriting a legal battle with the Karnataka government, which wants to take over the palace properties.

He is also likely to face a legal challenge from one of the late maharajah’s nephews, Kantharaj Urs, who is upset that he was not chosen as successor.

The dispute over the inheritance is because the Wodeyar kings have never had children – legend has it that the dynasty has suffered from a  17th Century curse.

Mr Ludgrove, who worked with the former maharaja for nearly three decades, says the Mysore royals are very similar to the British royalty.

“They are the constant. These are traditions which continue and they bring all people together. Something that is rarely seen,” he says.

The Irish government backs the sale of 25% stake in Aer Lingus to IAG
James Anderson 400 wickets!