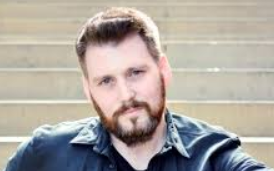 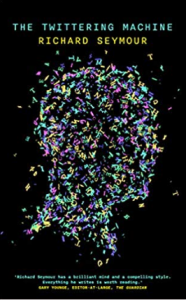 Twitter and Instagram was used to hurl racist abuse at Paul Pogba, the Manchester United midfielder. Team-mates rallied to his defence, criticised social media companies who inturn gave their usual excuses that they were monitoring the situation banning those who participated in the abuse, investing in new tools to avoid such situations.

The Twittering Machine title comes form 1922 painting of the same name by Paul Klee, the Swiss Surerealist and Expressionist artist, whose work entwined in a machine lurcing victims to a red diabolical pit. Seymour’s new book is a provocative assessment of social media and a invigorating tour through the social and political context and impact of Twitter and Facebook, exploring Gamegate to ISIS to Trump’s Twitter presidency.  He recounts horrifying miseries suicides on YouTube, rapes on Periscope, streamed shootings on Facebook.

Social media in his view is characterized as a grim, mesmerising time-suck. In Seymour’s view social media is dark and compelling akin to the “ticker trance” of early stock markets, whereby speculators would become fixated by the ticker tape updating financial news.

This lure to compulsion is no accident. Seam Parker, inventor of music-sahring site Napster, early investor of Facebook, and now self-described “conscientious objector” has described the likes, favourites and retweets as exploiting a vulnerability in human psychology.

“Together the social media giants have created addiction machines as a logical means to return value to their venture capital investors. We tend to ascribe magical powers to technologies” Seymour writes.