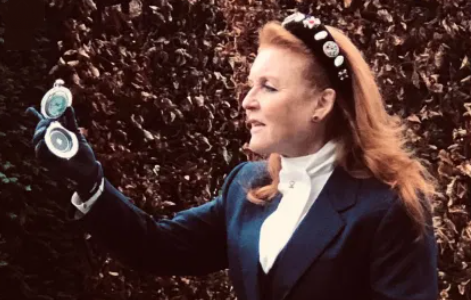 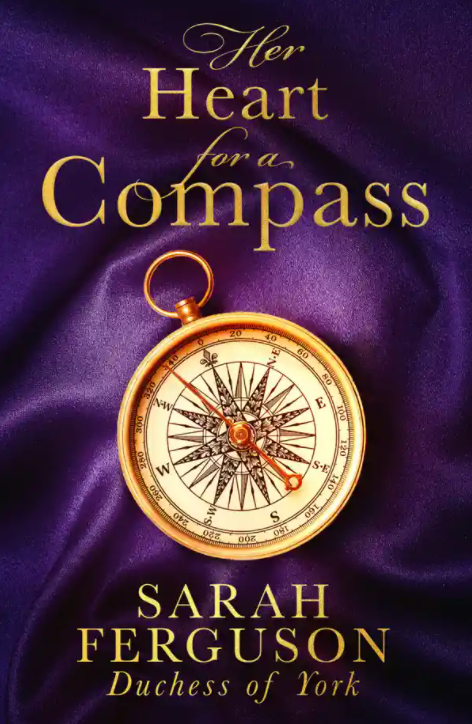 The Duchess of York  Sarah Ferguson‘s debut novel  “Her Heart for a Compass”, tells a fictional account of the life and love story of her great-great-aunt Lady Margaret Montagu Douglas Scott, which in many ways draw on “many parallels” from her own life.

Romantic fiction publisher Mills & Boons describes the novel as an “ immersive historical saga” that scans from the drawings rooms of Victoria’s court and the grand country houses of Scotland and Ireland to the slums of London and  1870s New York.

Lady Margaret follows her own internal compass  -her heart – and discovers her raison d’etre – falling in love along the way.

Sarah Ferguson whose middle name is Margaret was pictured in a Victorian-style floor-length outfit complete with a high-necked blouse, jacket, and gloves and even sat on a stone bench gazing at a compass is obviously inspired by Lady Margaret, to promote her novel.

She said: “ Although her parents, Duke and Duchess of Buccleuch were close friends with Queen Victoria and Prince Albert. “With real historical events and facts to hand, my imagination took over, I invented a history for her that incorporated real people and events, including some of my other ancestors. I created a friendship between my heroine and Princess Louise, Queen Victoria’s sixth child, and I drew on many parallels from my life for Lady Margaret’s journey.

The book will be released in August and tell a fictional account of the life and love story of her great-great-aunt.

The duchess – the Duke of York’s ex-wife  and the Queen’s former daughter-in-law struggled to come to terms with the rigorous discipline  of royal life after marrying Andrew and was cast out from the royals amid her “toe-sucking scandal in the 1990s, and fell deeply in debt, owing millions as she once confessed, “ I was hopeless from the start… they would never make me the perfect princess.”

The duchess, who is the author of numerous children’s books including the Little Red and  Budgie the Little Helicopter series, and was an executive producer of the 2009 historical film The Young Victoria.

She has been reading children’s books on her YouTube channel “ Storytime with Fergie and Friends”, throughout the pandemic

Sarah Ferguson added “ I have long held a passion for historical research and telling the stories of strong women in history through film and television. I am proud to bring my personal brand of historical fiction into the publishing world”.

She co-wrote with author Marguerite Kaye,  her “collaborator, and mentor”, who has written more than 50 novels for Mills & Boon, a leading publisher of romantic fiction, established in 1908,  which sold over 1.5m copies in more than 20 countries.

Lisa Milton, the executive publisher of Mills & Boon, said “ Mills & Boon are honoured to publish the Duchess of York’s debut novel as we move into our next century of publishing brilliant books by women for women.”