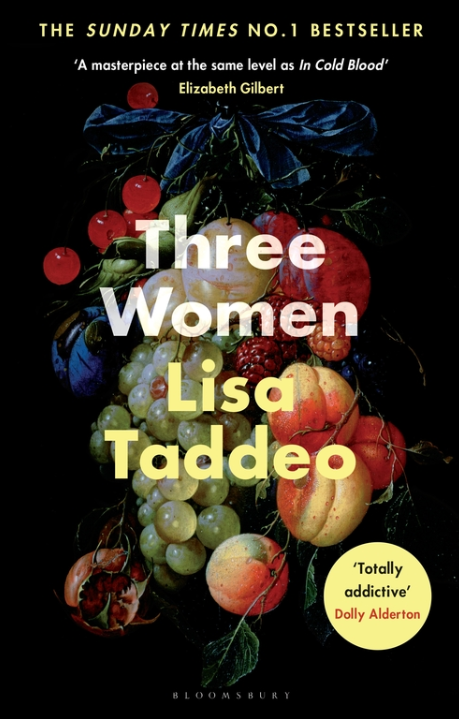 Lisa Taddeo 39-year-old from New Jersey, spent eight years  talking to three American women about sex with the aim of registering “ the heat and sting of female want so that men and other women might more easily comprehend before they condemn”.

Lisa Taddeo’s three real women’s desire focusing on woman’s “Fifty Shades of Grey”. “ She was coming but it didn’t feel like herself coming. It felt like some other woman,” Lisa writes and at one point “ A woman who wasn’t as scared or lonely. She screamed out, moaned as the old Lina was dying, a new one was being born”.

There’s Maggie who claims to have had a relationship with her married English teacher while still at high school. Then there’s the beautiful Sloane, whose husband enjoys watching her have sex with other men. And then Lina, a frustrated wife and mother who reconnects with a teenage boyfriend who has grown into a man she sees as a sex god after her husband stops kissing her.

Lisa identified her three female subjects after posting signs on slot machines in New Orleans and bathrooms in Indiana scouring local newspapers and even moving to live in towns she thought might be fruitful. She left New York, where she was a freelance journalist and short story writer and secured a book deal  and wanted to devote herself entirely to three women after her mother died of cancer when she was 28 and her father was killed in a car crash when she was only 23. “ I lost my family and that gave me the space to leave and to do this books. I was particularly drawn top these stories because of the pain in them and was looking for straightness and honesty. I had neem sp wildly alone for so long, alone in grief.”

A husband who desires to enter another body … a wife who want to see her husband want someone else, so that she may want him as much as she’d like to. Female desire is not straight forward particularly within a society where men have more power.  According to Lisa Women are biologically disadvantaged in the romantic sense. “ The main biological aspect is that we are meant to reproduce so the women is supposed to stay home with the child and the man is meant to spread his seed” Lisa writes.

All three women have experienced some kind of sexual trauma and their desire exists alongside that. Many women are just waiting thinking “when this happens  my life will begin.”

I had gotten into granular descriptions of these women’s desires and sex lives and I wanted to put myself and my family on the chopping block in some sense, I wanted to say that desire and pain are universal” Lisa explains.