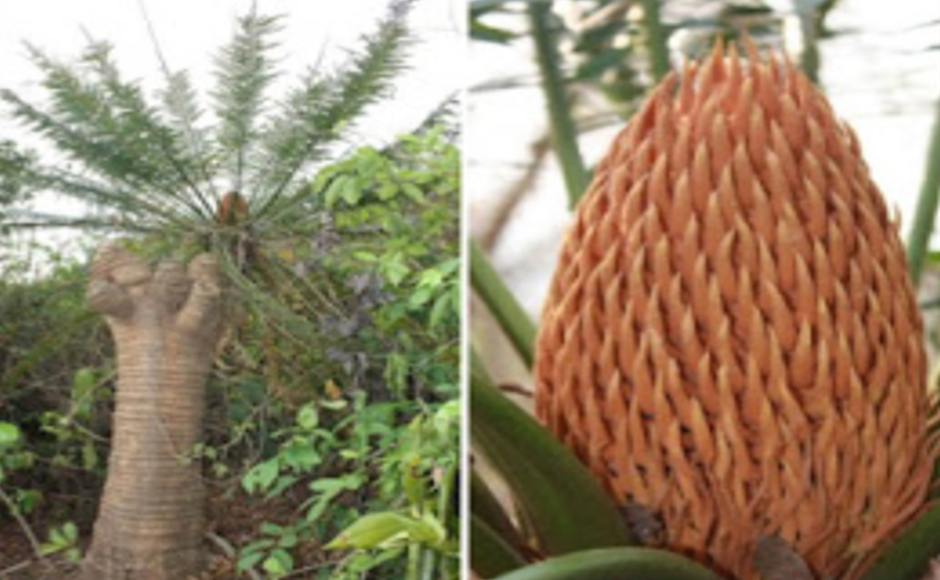 The discovery of the two new species was published in July issue of Asian Journal of Conservation Biology. Indian scientists claim to have discovered two new Cycads species of plants in Odisha northern Eastern Ghats of India Cycas nayagarhensis, C. orixensis and Orixenses subsect.nov, which were dominant some 201 million to 145 million years ago, popularly known as the Jurassic period.

Cycads are considered to be an ancient group of seed plants which have crown of large compound leaves and a stout trunk. They are regarded as living fossils.

Cycas is the type genus and the only genus recognised in the family Cycadaceae.

Radha said although Cycads species are now a minor component of the flora in tropical and subtropical regions, they were a common sight in many parts of the world during the Jurassic period.

‘These two species are unique among all the Cycas species worldwide in having forked tip of the microsporophylls, the male reproductive structure,’ he added.

The two species can easily be differentiated from each other by comparing the size of their trunk, male cone and female reproductive structures. They are locally known as Aruguna, Oranga, Oruguna and Odissimari.

Both the species are under severe threat due to clearing of forests, over-harvesting of ovules or seeds, trunks for religious and cultural practices.