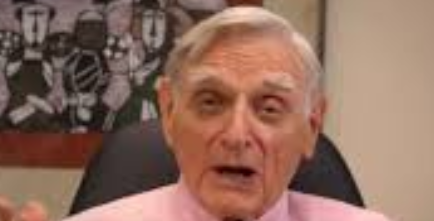 John Goodenough of the University of Texas in Austin, who is still active in research to lead the development of rechargeable Lithium-ion batteries that power everything mobile phones to laptops and even electric vehicles, at the age of 97.

John Goodenough was the oldest laureate in any discipline in the 118-year history of Nobel Prizes, is one of the three recipients of Nobel Prize in Chemistry yesterday. The Royal Swedish Academy of Sciences said Prof Goodenough, Stanley Whittingham of Binghamton University in New York and Akira Yoshino of Meijo University had laid the foundation of a wireless and potentially carbon-free society. The trio will receive equal shares of the SKr 9m ( $904,000) prize

Prof Goodenough who is visiting London to receive another award the Royal Society’s Copley Award for outstanding research, said “They don’t make you retire at the University of Texas at a certain age, so I’ve had an extra 33 years and I’m still working every day. Other people do the hard work in the lab and I sit there and enjoy their interesting experiments.”

Professor Whittingham started off the development of lithium batteries in the early 1970s as a scientist at Exxon in the US but the project was discontinued when the oil company cut back its research activities in the early 1980s. Professor  Goodenough moved from the US to become a chemistry professor at Oxford University in the UK, had picked up  Professor Whittingham’s work and improved the battery’s performance by introducing new materials for its electrodes which was a decisive step towards the wireless revolution.

The work picked up by Yoshino (71)  and colleagues at Asahi Kasei, the Japanese chemical company which developed the first commercially viable lithium-ion battery in 1985.

in 1901. While testing if cathode rays could pass through glass, Rontgen accidentally discovered the glowing rays on November 8, 1895 and dubbed them so because of their “unknown” nature. He later printed the first medical X-RAy which show wife’s hands and a ring.

Sir Chandrasekhara Venkata  Raman was the 1st Indian to win a Noble Prize for science in Physics un 1930 for his discovery of a new radiation effect on February 28, 1928. The “Raman effect” is the change in the wavelength of light that occurs when a light beam is deflected by molecules in excited state.