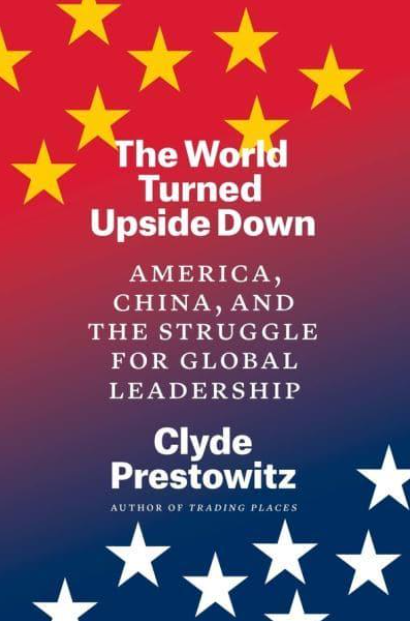 Clyde Prestowitz who worked for President Ronald Regan, and renowned globalisation and Asian expert has advised subsequent US administrations offers useful advice for Joe Biden the new American 46th president to adopt, as resetting US relations with China will be one of his top agenda.

The strategies that the United States and its allies can use unilaterally without contravening international or domestic law.

Before his death in 1994, Richard Nixon explained in an interview his diplomatic masterstroke- the opening of US relations with China-might is a big mistake, “ We may have created a Frankenstein”. In the aftermath of the Tiananmen massacre in 1989 when China’s own citizens paid the price for defying the communist party, now the fate of the free world is at stake.

Prestowitz focuses and skewers corporate America and the coterie of Washington’s China lobbyists for what he sees as systemic failures in US policy toward Beijing. He identifies the siren song that seduced the US policy and to which he also fell prey,  The tragic delusion that Washington allowed itself to buy into was “ constructive engagement” a nation that is investing in China would foster greater freedoms in the world’s largest communist country.

Then-President Bill Clinton who negotiated China’s accession to the World Trade Organisation in 2001 would mean  China imported “ one of democracy’s most cherished values, economic freedom, and this may lead to very profound change. The genie of freedom will not go back into the bottle”.

China under Xi Jinping since 2012 is more authoritarian than it was when Clinton, his cabinet, national security advisers, trade representatives placed their faith in constructive engagement. In 2013, Xi banned the promotion of universal values, a free press, and economic privatisation.

According to Prestowitz, the US lost a big bet. The free world had wagered that globalisation would not only open China’s markets to free trade and competition but would also liberalise that country’s political environment. However, Beijing used the surge of inward investment to bolster its technological base and strengthen its economy without liberalising its society or politics.

Henry Kissinger who found a second career lobbying for corporate America in China and the same influential US figures soon found themselves also doing China’s bidding.

Prestowitz adds corporate America are often thinking of what is best for their business in circumstance under which Beijing has them by the balls,  and names like Maurice Greenberg, ex-head of the Insurance group AIG, Fred Smith, the boss of FedEx, the US parcel delivery company became masters at playing Washington, putting ex-senators and congresspersons on his board, donating to all the influence makers just as “Greenberg did and making big contributions to political campaigns” Prestowitz writes.

When China was disenchanted in 2019 with an app that Hong Kong demonstrators were using to track the Hong Kong police, Apple deleted it from its App Store, Google also deleted from its Play Store a game that echoed the Hong Kong Protest movement, Delta Airlines, Gap, Activision Blizzard, Medtronic, Marriott and other have all moderated their behaviour, apologised and taken steps to appease Beijing.

Businesses that comply with China’s interference in their freedom of speech should be fined by Washington, when US company spokesperson opine on China, they should declare their company’s track record in the People’s Republic.

Prestowitz sees his call of action to the new president Joe Biden, “ The White House must make clear that national interests outweigh those of multinationals and investment banks, and must explain that the cold war with the Soviet Union was just a warm-up game for the main match now coming”.

Prestowitz makes sense of the US-led West and China are locked in a desperate struggle not only for technological supremacy but also to preserve the liberal system. “China’s emergence as a powerful moderate state with a different ideology and values and long-term strategy pursued through centralised, state-driven all-of-nation approach has raised serious questions about how fit for purpose the western liberal democratic order is in the 21st century” write former director of operations and intelligence of MI6.

The World Turned Upside Down: America, China, and The Struggle for Global Leadership by Clyde Prestowitz, yale University Press $30, 344 pages.