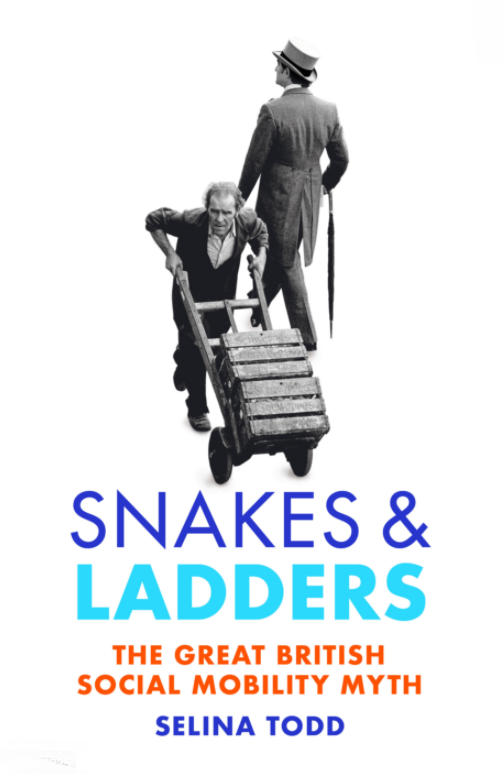 Selina Todd, a professor of modern history at Oxford University, proves how wrong politicians are who claim social mobility is real, a just reward for ambition and hard work. She tracks down successive British generations with a humane focus on how individuals took their opportunities and how obstacles were put in their way – sometimes in vivid and painful detail. She highlights the rise of clerks, key to understanding HG Well’s frustrated Mr. Polly or EM foster’s Doomed Leonard Bast.  She also shows how the ” eleven plus” grammar school entrance exam was captured by the middle classes. The immigrant experience often missing from conventional analysis gets a good mention here- focusing evidence of immigrants moving down to lower-status occupations that those they had left behind. The tendency is to analyse social mobility through progression in male earnings,  She also shows how the marriage rule, requiring women to give up a job after they got married, was not some ancient pernicious tradition and was deliberately extended during the first half of the 20th century to try to reserve prestigious well-paid jobs for men. The rich and well-observed historical account is, marred by surprisingly crude political assumptions: Labour is the good guys and Conservatives are the enemy, ” The golden age of social mobility ended abruptly thanks to Margaret Thatcher’s election as Conservative prime minister in 1979″. The shrinking of the manufacturing industry and the closure of coal mines, undermined a classic route into stable, well-paid skilled manual jobs, leaving behind a country whose core industries have disappeared or been overtaken in Asia.

Trinidadian-born British writer and Nobel Prize winner for Literature in 2001, for having united perceptive narrative and incorruptible scrutiny in works that compel us to see the presence of suppressed histories, Vidiadhur Surajprasad Naipaul knighted by Queen Elizabeth II, said the idea of the writing vocation given him by colonial acculturation could be realised and practiced in England. “ To awaken to history was to cease to live instinctively. It was to begin to see oneself and one’s group the way the outside world saw one: and it was to know a kind of rage. Everyone awakened first to his own group or community, every group thought itself unique in its awakening, and every group sought to separate its rage from the rage of other groups”. Discriminations based on the class Lower class, Middle Class, Upper Class is still prevalent in UK workplace even today.  Graduates with parents in professional and managerial occupations are around twice as likely as working-class graduates to start on a high salary, no matter what degree level they attain. People from working-class backgrounds still earn less than those from middle-class backgrounds, even when they have the same qualifications and do the same type of job, even when those from working class backgrounds enter professional occupations, they earn on average 17 per cent less than their privileged colleagues. The Equity Act 2010 is supposed to protect all, but the reality is different.

International and private school, Oxbridge and a posh accent, no one should be surprised

From servants’ children who became clerks in Victorian Britain, to managers made redundant by the 2008 financial crash travelling up and down the social ladder has been a fact of British life for more than a century.

Snakes & Ladders reveals the hidden history of how people have really experienced that social mobility both upwards and down by showing how a powerful elite on the top rungs have clung to their perch and prevented others from ascending. It also introduces the unsung heroes who create more room at the top among them adult educators, feminists, and trade unionists whose achievements unleashed the hidden talents of thousands of people.

As we face political crisis after crisis Snakes and Ladders argue that only by creating greater opportunities for everyone to thrive can we ensure the survival of our society.