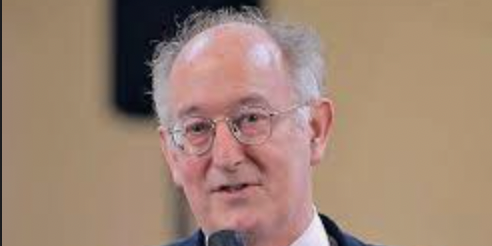 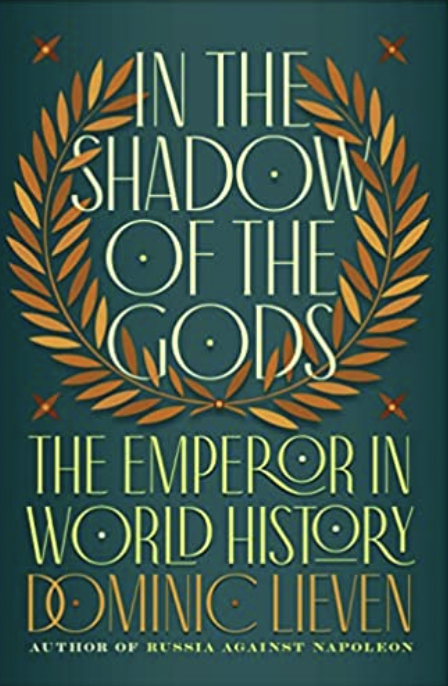 David Lieven’s In the shadow of Gods looks into the history of empires from Mughal to British and questions what made them the dominant form of government for several centuries. When the empires disintegrate statutes fall or are defaced with paint, and names of towns and universities are changed to eliminate imperial references. David Lieven highlights in this stimulating book, the empire – where the metropolitan centre, home to a distinct people, rules over a multiplicity of different peoples. The anatomy of Imperial monarchy and the principles by which it functioned as Lieven compares the great emperors of antiquity, the caliphs, and the warrior emperors of the steppe before he turns to the Habsburg, Ottoman, Mughal, and Chinese emperors. The entire breadth of extreme human behaviour is here- from warlords to patrons of the arts, from political genius to feeble incapacity and pathological violence.

The Empires dominated whole continents or regions, exploiting their resources, China under its last dynasty, the Manchu Qing ( 1644-1911) covered 4.4million m², with a population of more than 300 million. Russia by the 19th century, stretched to the Pacific and down to the Caucasus and Central Asia but was sparsely populated, a problem then and now.

Empires were largely established by conquest, but in the case of Habsburg by judicious marriage. They were also maintained by force but also by the acquiescence, willing or not, of their subjects, which could bring stability and a degree of security to an unstable world, with economic benefits,  The Kushan empire  80 BCE until the third century CE) opened up trade routes through India and then across the Indian Ocean. Within empires, the subject people could find opportunities.  Diocletian came from the Dalmatian Coast to rule Rome, and magnets from Canada and Australia controlled much of the British press.

Although the age of imperialism may have passed, its impact is still with us. The great Arab empires, the Abbasi or Umayyad, left Islam the dominant religion for north Africa and the Middle East. Because of the British Empire, English is the common language of much of the world. We can deplore the empire as a type of political organisation, but we cannot ignore it, and the questions of how they rose and fell and how they were ruled are highlighted in the Shadow of the Gods.

Majority of empires, a single human being at their apex wielded his or more rarely her great power, without large bureaucracies or modern communications.  George Orwell remarked about British Empire, that emperors were carrying out a giant confidence trick. Emperors believed in their right to rule, whether as the result of inheritance, superior virtue, military prowess, charisma, or divine intervention.

As one of the experts both on empires and on Russian history Lieven brings to life a system of rule that dominated most of human history’s grandest and most dismaying figures.

The 17th century Habsburg emperor Leopold 1 was the very model of a Confucian ruler setting a moral example for his subjects. He compares Napoleon’s mistake in waging war on Russia to Chinese emperors trying to conquer Korea 1, 200 years earlier?

The Mughals, like the British later on, were fortunate to arrive in India when they did in the early 1500s as the existing powers fought among themselves – but without the military talents, leadership, and sheer ruthlessness of men, such as Babur or Robert Clive, they might not have been able to establish their dominance.

Promising heirs carried off by disease or rulers losing their minds such as the Ottoman ruler known as  “Ibrahim the Crazy”. Babur conquered India but his Mughal dynasty was able to establish itself because his grandson Akbar who succeeded to the throne when he was only 13, prove to be not just an outstanding ruler but also reigned for 49 years.

Catherine the Great came to Moscow from a minor German court at the age of 15 to marry the heir to the Russian throne. He was a nightmare but she survived and flourished.  When her husband became king, she promptly overthrew him and became one of Russia’s most successful rulers.

The rising naval powers of  Portugal, the Netherlands, and England -showed similar mobility and flexibility as they crossed oceans to build their empires.

Empires generally showed the importance of seizing control of rich territories, Russia was the great exception. The Rurikids, based originally in what is now Kyiv, welder together a host of tiny principalities into a state with potential enemies on all sides. With a small population, often poor land, it had scant means to support itself and its armies. Lieven shows the emergence of Russia with a top-heavy, oppressive government that had to rely on coercion and its small landed elite to extract the resource it needed to survive. The Romanovs, greatly expanded Russian territory, Seizing part of Poland and moving east and south, they also added to their problems. When she inspected the newly conquered territory of Kazan, with its great variety of peoples Catherine the Great exclaimed, “And yet we have to make a coat that will fit them all”.

Louis XIV would never have gone incognito to mix with ordinary people, as Peter the Great or Akbar did. Chinese emperors were believed to hold the Mandate of Heaven, with their chief responsibility to keep the balance between Earth and Heaven. They were not there to run their empires, but to perform the religious rituals correctly.

Akbar, the most tolerant of Indian emperors, led on the battlefield and was a great administrator. He also loved paintings, poetry and was good at carpentry, and was also fascinated by different religions.  Maria Theresa of Austria produced 16 children overhauled much of her empire’s administration and waged war on her hated enemy, Frederick the Great of Prussia.

Russia today, with its attempts to expand by conquest, China with its Han dominance and its use of loans to bring small nations under its influence, and the US with its informal empire in Central America and the Caribbean, Lieven asks is the age of the empire really finished?

For millennia much of the world was ruled by Emperors a handful of individuals claimed no limit to the lands they could rule over and no limit to their authority, as they operated under normal human constraints and often claimed superhuman or divine authority.

Across the world people, willingly or unwillingly, fell into orbit around figures who reshaped or destroyed entire societies, imposed religions, and invaded rivals.