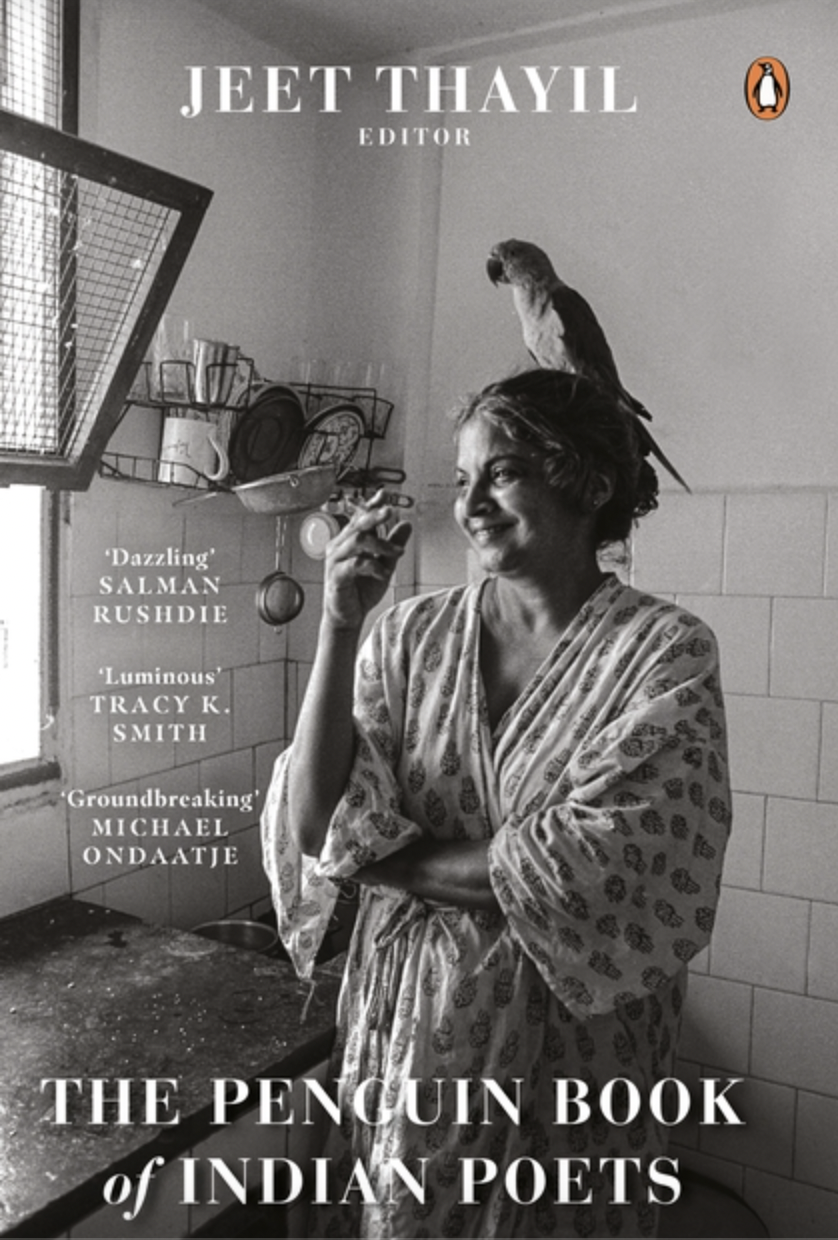 India speaks, writes, and thinks in many tongues with more than 400 listed languages, including English, spoken by more than a million native speakers, and some languages like Tamil, Kannada, Malayalam, and Telugu are nearly 4, 500 years old. Indian poets who wrote in English, a language that arrived in the 17th century, joined others at the table.

The Penguin Book of Indian Poets anthology of poems exclusively written in English, as the book’s editor Jeet Thayil, a poet himself, first collected the works of Indian poets in a 2005 anthology for Fulcrum magazine and followed this with The Bloodaxe Book of Contemporary Indian Poets in 2008.

Jeet Thayil born into a Syrian Christian family in Kerala, who worked as a journalist for twenty-one years in Bombay, Hong Kong, and New York, has selected the work of 95 poets including 49women, 45 men from across the country and the Indian diaspora, the oldest poet born in 1924  and the youngest in 2001.

In the hands of poets, English ceases to be the language of India’s former colonisers, rather it has the force of a rushing young river that has joined up with the ocean of older Indian languages.

Thayil selects subjects from Goya to ghosts, mythology to climate change, geography covering Missoula to Gurgaon, London to the jungles of Rajasthan. In Against Robert Frost” Mamta Kalia, born in 1940 in the temple town of Vrindavan, writes in both Hindi and English and declares “ I can’t bear to read Robert Frost. Why should he talk of apple-picking, when most of us can’t afford to eat one”.

A collection of classic black and white portraits by Madhu Kapparath, taken over thirty years, offer the viewer unparalleled intimacy and access to the lives of some of India’s greatest poets.

By the 21st century, a new generation of Indian poets had ushered in  ” a flowering and uprising” of creativity which complemented the works of the 20th century modernist poets in the west.

“The land where I was born has tendered loving words to me. A score and more of wonders burn here between sea and sea”, the late Vijay Nambisan writes in ” A Gift of Tongues”, one of the great poems about the love of language, the desire to steal words out of the mouths of others. In “Indian April” the late Meens Alexander who died in 2018, writes to and about the beat poet Allen Ginsberg travelling in Rajasthan and honours the mixed traditions and geographies that made her a poet: ” Holy, the waters of the Ganga, Hudson, Nile, Pamba, Mississippi, Mahanadi…”

Indian poets who write in English fully belong – both to India and the world.

Empires that either reshaped or destroyed entire societies, exploited their resources, imposed religions, and invaded rivals
Shaping of modern Britain by Oxonians