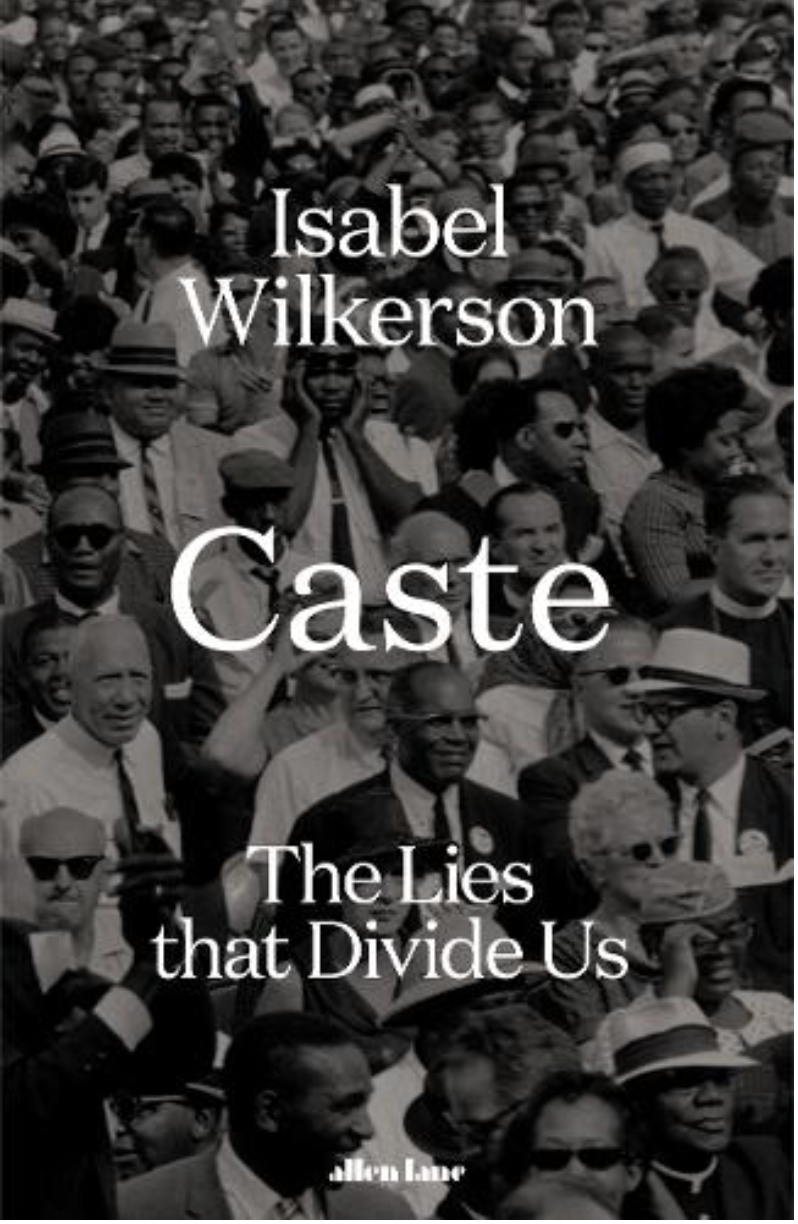 Pulitzer winning The New York Times reporter Isabel Wilkerson reveals the eight pillars that connect caste systems across civilizations and demonstrates how our own era of intensifying conflict and upheaval has arisen as a consequence of caste. She displays how stories of real people and its insidioys undertow emerges everyday and records its surprising health costs, and explores the effects on culture and politics. She also points forward to the ways we can and must move beyond its artificial divisions towards our common humanity. No one can ignore the moral clarity of its insight, or its urgent call for a freer fairer world.

The Caste is not about feelings or morality, but about power which groups have it ad which do not. Beyond race or class our lives are defined by powerful unspoken system of divisions. Wilkerson explores the astounding portrait of Caste’s hidden phenomenon, linking America, India, and Germany, there by revealing how our world has been shaped by caste and how its rigid arbitrary hierarchies still divide us even today.

Three decades ago she decided to do a piece about Chicago’s Magnificent Mile for The New York Times and arranged an interview with a retail executive at pre arranged time but he could not  talk to her  because he was preparing for “a very important appointment with The New York Times”. Wilkerson was brushed off as she was black even though she was representing The New York Times and accused her of impersonating the reporter. Wilkerson explains this incident reflects a pattern of prejudices she has experienced  during her career as a reporter, everywhere from business setting to airplanes and much else.

In 2020 America does not merely  have problem with race, but haunted by ugly issue of caste, a set embedded practices  that presume it is natural and correct to divide humans into different groups and keep  them in hierarchy.

Until the second problem is acknowledged, it will be impossible to heal the divisions exposed by the Black Lives Matter movement after the death of the Black man George Floyd, at the hand of  white police.

“A world without caste would set everyone free” argues Wilkerson, explaining that the caste system is not just  crushing the lower castes  and wasting a huge human talent, but also creating a psychological stress for the upper (mostly white) caste.

Some Americans find it odd to use the world caste in America as it has traditionally been associated with the Hindu religion or feudal Europe.

The best way to understand a phenomenon  is to step back and view it with a wider, comparative lens instead of merely on its own terms.

Wilkerson travels to India spending time with Dalit groups traditionally considered untouchable  where she sees strong parallels in how embedded hierarchies are inherited  over generations sometimes these hierarchies are upheld through coercion.

“The vast majority of African-|American who lived in this land  in the first 246 years of what is now the United States lived under the terror of people who had absolute power over their bodies and their very breath” and Wilkerson points out “that the year 2022 marks the first year that the United States will have been an independent nation for as long as slavery lasted on its soil.”

She offers harrowing accounts of the segregation and brutal lynchings that took place in the early decades of the 20thcentury which should be read by all the modern members of the “upper caste’ today.

But violence is not the only weapon, she explains. In early 20thcentury America “many leading Americans had joined the eugenics movement … including the inventor Alexander Graham `Bell, the auto magnate Henry Ford and Charles W Eliot, the president of Harvard University.”

Ironically, this American Eugenic movement helped to inspire the Naxis in Germany, While modern America might revile the Nazis now, assumptions about the natural order of hierarchies have not disappeared.

Skin colour is the easy-to-see signal of hierarchy, but racism is consequence of a caste system, not the cause. The world “Caucasian” was invented entirely by chance  and the concept of being white  has fluctuated over time, to include and exclude South European, Cubans and Japanese.

Wilkerson wanted to focus on Casteism not racism as the “investment in keeping the hierarchy as it is in order to maintain your own ranking, advantage, privilege or to elevate yourselves above others or keep others beneath you.”

Wilkerson insists that unless we stop focusing on skin pigmentation, we will never prompt upper castes to tackle their prejudices  or enable lower caste to break free of their mental shackles.

Whenever lower castes have gained greater freedom in the past there has always been a vicious backlash, hence the explosion in racism and prejudice under Donald Trump’s government after Barack Obama’s presidency.

Caste is essential reading for anybody  who feels angry, guilty or threatened by the tangled issue of “race” in America today.