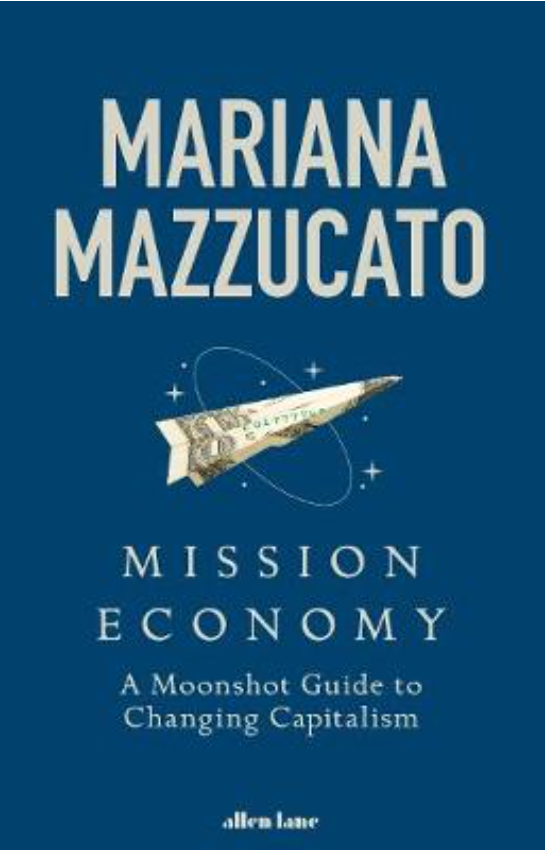 Capitalism was stuck as it had no answers to a host of problems, including inequality, the digital divide, disease, poverty, dementia, the environmental crisis even before the 2020 pandemic.

Mariana Mazzucato, a high profile economist noted for her advocacy of a more active state calls for rethinking our capabilities and role of government within the economy and society to recover a sense of public purpose,  by brainstorming meetings with the ambitious goal to secure future mobility, clean oceans, defeat cancer.

A solutions-based economy driven and co-ordinated by powerful governments engaged in every stage of the process of innovation.

In 1969 the Apollo project was successful in landing humans on the Moon, because the objective was specific and limited, as the basic science was well understood, even many subsidiary technological developments to make the mission feasible.

The political commitment was sufficiently strong to make budget overruns almost irrelevant. Apollo was a response to the Soviet Union’s pioneering launch of a human into space, and the greatest achievement of the USSR was the mobilisation of resources to defeat Nazi Germany.

Nixon’s war on cancer,  was a failure because cancer is not a single illness and too little was then or now understood about the science of cell mutation. Mao’s Great Leap Forward, a vain bid to create an industrial society within five years proved to be one of the greatest economic and humanitarian disasters in history as over 30 million people died.

Democratic societies have more checks and balances to protect them from visionary leaders driven by missions and stimulated by moonshots.

With the political direction of innovation, we regularly encounter imposingness of ambition and scale, the belief that strength of commitment overcomes practical problems an absence of honest feedback, suppression of sceptical comments.

All these were seen in Britain’s experience with Concord, the Channel Tunnel and the AGR Nuclear reactor programme, the 12bn NHS computerisation programme to name a few worst commercial projects and according to Mazzicato to only blame private contractors for their failure to deliver on the political imperative.

On a smaller scale, Britain has suffered in the last year from the delays resulting from Public Health England’s insistence on central control of the coronavirus testing programme and the predictable fiasco of the attempt to sideline the expertise of Apple and Google in order to develop a uniquely advanced NHS Test and Trace app.

In September Prime Minister Boris Johnson’s “Operation Moonshot” designed to control the coronavirus by testing 10 million people daily in early 2021. These failures, the rapid development of the vaccines is, at least provisionally a success story. That development is a result of competitive process with many different teams around the world attempting to be among the first across the finishing line, a work has drawn on a combination of existing academic science with the expertise in development and testing, logistics and the manufacturing capabilities of global pharmaceutical industries.

The role of the government has primarily been in funding basic research and assuring that there will be a rewarding market for successful products.

When historians of technology revisit the past 50 years,  they would conclude that Neil Armstrong exaggerated when he announced “ One giant leap of mankind”. Do you remember Word Perfect, Blackberry, AOL, CompuServe, Wang Laboratories,  Netscape each once a leader has now forgotten? Even Apple suffered more than a death experience, Microsoft failed to anticipate mobile computing or the Cloud,  IBM, the market leader was swept out of the industry it had created.

Maxxucato emphasised the contribution of state-funded basic research to Silicon Valley, but thanks for the development in the hands of Steve Jobs, Elon Musk, Travis Kalanick rather than a department of commerce.

Verifying, Identifying and Amplifying new evidence  as history  is filmed by losers on their smartphones
England needs 36 runs to win despite Thirimanne scoring 111