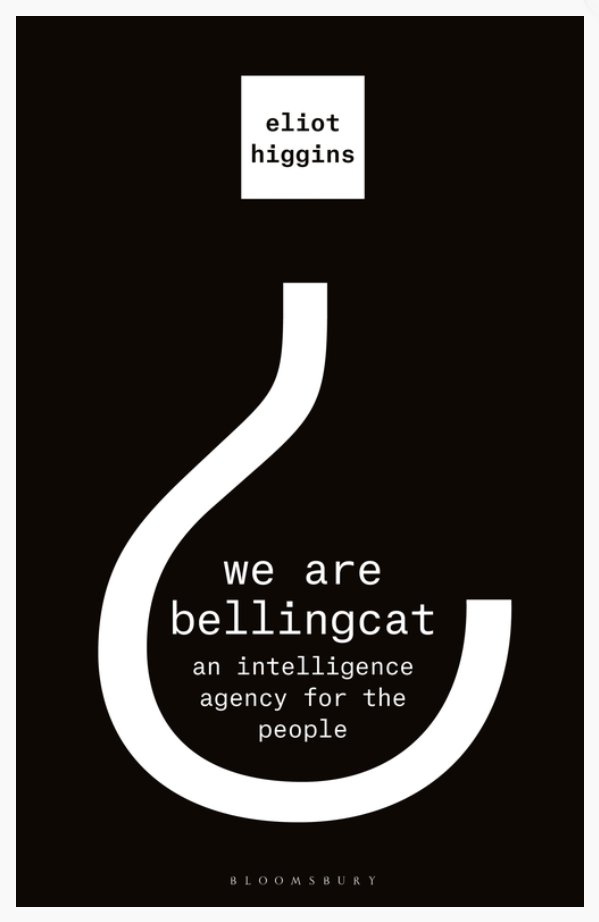 Their founder, a high school dropout on a kitchen laptop tells the story of how they created a whole new category of information-gathering galvanising citizen journalists across the globe to expose war crimes and pick apart disinformation using their computers.

From the downing of Malaysian Flight 17 over Ukraine to sourcing of weapons in the Syrian Civil War, the identification of the Salisbury poisoners, and Alexei Navalny Russian opposition leader poisoning.

YouTube posted a 51-minute video last month, where Alexei Navalny described in chilling detail how a secret service hit squad had poisoned him with Novichok nerve agent, and even identified the intelligence operatives involved, by telephoning one of them later and tricking him into describing how he smeared Novichok on Navalny’s underpants with over 22m viewers around the world which could have been unimaginable in the pre-internet era. The Kremlin dismissed the accusations on the novel grounds that it would have done a better job of killing Navalny had it wanted to.

Eliot Higgins, a British researcher and citizen journalist using airline passenger manifests, telephone records, geolocation data, and personal files, all circulating on the darker recesses of the Russian internet,  Bellingcat were able to expose the plot to poison Navalny. He said “ At Bellingcat, we do not accept this cyber-miserabilism. The marvels of internet can still have an impact for the better” proving the internet remains an astonishing resource for helping redress the power imbalances between the rulers and the ruled.  History is no longer written by the winner, but filmed by the losers on their smartphones.

Regulators around the world are catching up with the big tech platforms and are intent on taming their power, while digital activists and innovative entrepreneurs, empowered by cheap and new technologies are in fact challenging the established online order.

Even the powerful tech platforms now accept that they cannot operate without a societal licence and are calling for limited regulation to establish clearer rules on privacy and free speech.

The suspension this month of President Donald Trump’s Twitter and Facebook accounts over his glorification of violence may mark the moment when they acknowledge they have broader responsibilities than making money. Civil society can mobilise to loosen the state and corporate grip over the internet.

Higgins after dropping out of college in the 1990s worked in a series of dead-end jobs in Leicester, taking refuge in video games, but his fascination with Arab Spring-inspired a new obsession with current affairs.  By watching online videos and using google maps and translation services, Higgins was able to piece together unfolding drama and contributed to new blogs before setting one himself.

He discovered he often knew more about what is happening on the ground than most analysts and politicians who relied on traditional methods of acquiring news.

Bellingcat’s team of researchers helped unmask the Russian spies responsible for the Novichok poisonings of Sergei Skripal and his daughter Yulia in Salisbury. They also tracked down the Russian anti-aircraft missile system that shot down Malaysia Airlines MH17 over eastern Ukraine in 2014, killing 298 passengers and crew. They also have documented chemical weapons attack in Syria and human rights abuses in Libya, that has been pursued by the International Criminal Court. Higgins said “ Bellingcat has become an intelligence Agency for the people”, although some people are critical of citizen journalism and crowdsourced news.  Bellingcat can enrich on-the-ground reporting by verifying, identifying, and amplifying new evidence.

We Are Bellingcat: An Intelligence Agency for the People by Eliot Higgins, Bloomsbury Publishing £20, 254 pages.