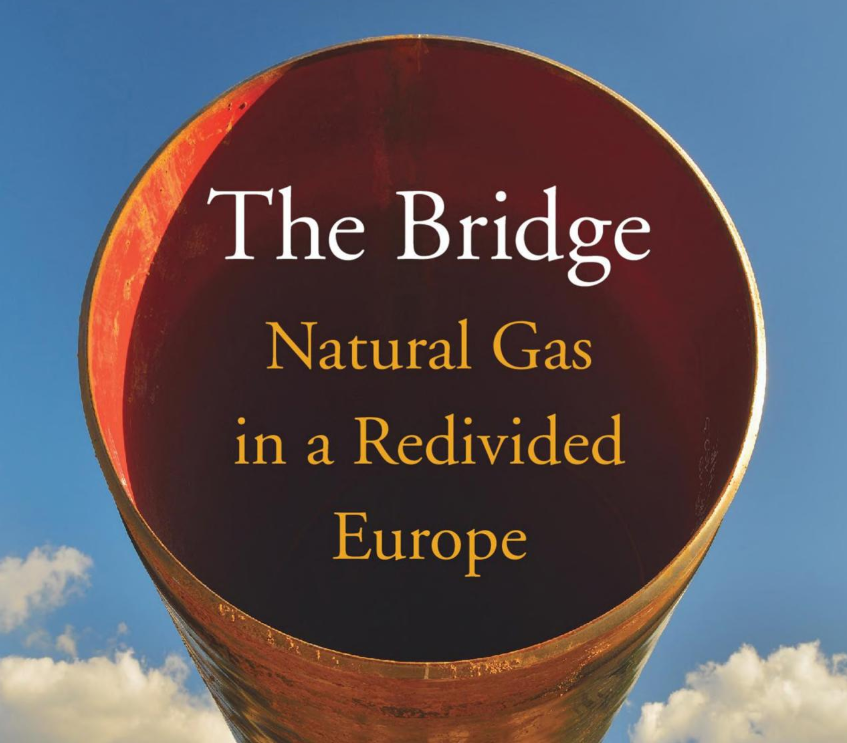 The Nord Stream 2 gas pipeline intended to connect Moscow and Germany, opposed by the US, which has imposed a series of sanctions in an attempt to stop it, as well as by several other EU member states.

When Angela Merkel met Vladimir Putin, after the US military killed Iranian commander Qassem Soleimani in a drone attack, they insisted that “despite the US sanctions, it will be possible to complete Nord Stream 2.”

Germany is with Russia and against the US over Nord Stream2 shows the role of European politics and business since the Second World War, is the theme of Thane Gustafson’s The Bridge, Natural Gas in a Redivided Europe, and sheds light on post-war Europe, the rise and fall of North Sea, the growing political power of environmental movements, the centralisation of EU and the cold war and the aftermath.

International gas pipeline hit the front pages of the new only when they are disrupted, during the periodic disputes between Russia and Ukraine, show the cobbled web of connections and has been for the last fifty years crucial to Europe’s economic and political infrastructure.

Gustafson, a professor at Georgetown University explains how the gas has been the bridge between countries for supply and demand, political blocs and economic ideologies.

According to Gustafson economics have often trumped politics in the European Gas trade. The first deal to import gas through the Iron Curtain was signed by Austria in 1969 after mega reserves were discovered in western Siberia, between 1970 and 1990 Soviet gas exports to Western Europe soared from about 1bn cubic metres a year to 60bn.

Despite the cold war, gas continued to flow from the East to the West and in the early 1980s when the Soviet Union planned to work with west European countries to build a new pipeline from the Urengoy gas field in Siberia to allow increased exports the Regan administration protested strongly- but the project still completed. The economic appeal of foreign currency revenues for the Soviet Union was fat bigger than geopolitical rivalry.

The gas bridge remained intact and survived during the disintegration of the Soviet Union and has grown stronger since as EU member states imported over 170bn cubic metres of Russian gas by pipeline in 2018, a 38 per cent of their total consumption.

With gas production set to fall in the EU, the UK and Norway, the construction of Nord Stream2 at a cost of $120.5bn is a sign that the link to Russia will remain utterly important, despite imports of liquefied natural gas from the US and the liberalisation of EU gas markets have the industry.

As long as homes and businesses take to move to electricity for heat, there will still be demand for gas in Europe. The gas bridge is here to stay for some time yet as it has already survived upheavals of the last 60 years.

The Bridge: Natural Gas in a Redivided Europe by Thane Gustafson, Harvard £31.95, 520 pages