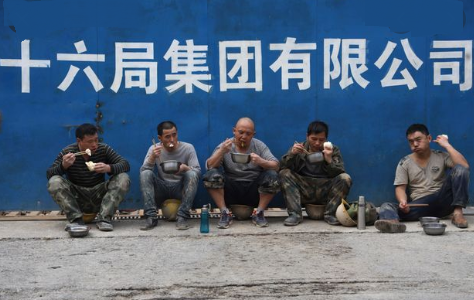 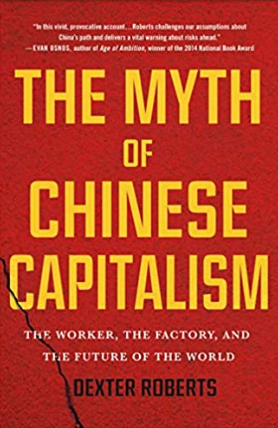 Bloomberg Businessweek reporter Dexter Roberts in  The Myth of Chinese Capitalism, reveals many of the social tensions now threatening to explode in China can be traced to the hukou – a small red passbook that records where a family is officially is registered as living and what benefits it is entitled to. The result is a strict divide between residents of prosperous cities and those from rural areas – between a privileged urban middle class and an underclass. “ Nothing defines the lives of China’s other half the hundreds of millions of farmers, may now turn migrant workers – more than the hukou,” Roberts writes.

He focuses on two places in the village of Binghuacun in the province of  Guizhou, one of China’s poorest regions that send the highest proportion of its youth away to become migrants and Dongguan, China’s most notorious factory town located in Guangdong, home to both the largest number of migrant workers and the country’s biggest manufacturing base.

Within these two towns and the people that move between them, Roberts highlights the Mo family, former farmers-turned migrant-workers who are struggling to make a living in a fast-changing country that relegates one-half of its people to second-class status via household registration, land tenure policies and inequality in education and health care systems.

In China the Communist party looked to be facing the sort of catastrophe that can sweep away authoritarian regimes, as the economy has been so badly hit by the coronavirus epidemic that China is likely to record its worst quarterly result since the advent of Cultural Revolution. The Chinese public are beginning to realise that the authorities had covered up the early stages of the outbreak, paving the way for a much more aggressive spread of the disease. Li Wenliang, a 34-year-old Wuhan doctor detained by police in early January 2020 for “spreading false rumours” after he had warned about a strange new pneumonia sweeping the city back in November 2019. When he died from the same virus in late February, the internet in China exploded and made him martyr.

Late March the situation appears to be completely different, as it is Donald Trump, not Xi Jinping, whose political survival threatened by the coronavirus crisis, as the US president flounders in the wake of an impending healthcare disaster.

China’s economy showed signs of life and Xi is sending medical supplies and messages of solidarity to Europe and Africa. If Chinese economy ever does enter a prolonged slump, it need not be the result of some freak crisis.

There is the huge build-up of dent that is slowly clogging the financial system – a potential crisis a coronavirus-led recession could expose. The inequalities and social resentments which four decades of breakneck growth have created – “today’s unbalanced deeply unequal society” according to Roberts.

In China the system has been abused to create a pliable low-cost labour supply, without the right to live in a city, factory workers fear being thrown into informal detention centres known as “black jails” if they outstay their temporary permits, and making them less likely to complain about their conditions.

The biggest impact has been in education. The Shanghai schools that win international prizes are for those with a city hukou , while the kids of the migrant workers have to go to expensive private schools or be sent home to extended families in their villages.

They are 3 cm shorter and weigh a lot less than their city peers. “By 2015, 100, 000 boarding schools to cater for them many of them suffering from overcrowding like the school in Shaanxi province. After dinner, the student becomes part of the herd community all of them locked inside and ordered to read their textbooks and keep quiet until 10 pm.” Roberts explains China is not educating the young workers it needs for a more advanced economy.

The Chinese economy is running out of steam but,  where an exploited workforce is starting to demand more. China will suffer an ever more anaemic economy while the disadvantaged become ever more aware of their meagre lot.”

The Myth of Chinese Capitalism: The Worker, The Factory, and the Future of the World by Dexter Roberts, St Martin’s Press $28.99, 288 pages.