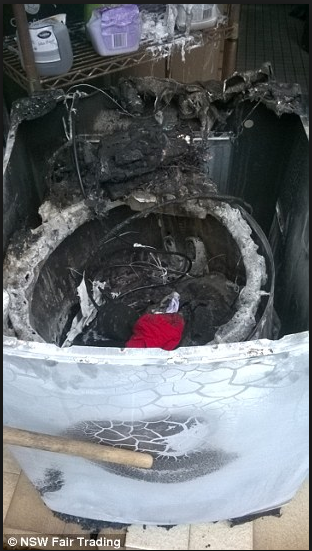 One of the Plaintiffs in the case, Melissa Thaxton said “The explosion sounded like a bomb went off in my ear. There were wires, nuts, the cover actually was laying on the floor. I remember covering my head and leaning towards my son and just screaming this scream that I didn’t even know I could scream”.

The firm said it has received reports of glass and other machine parts being shot across garages and laundry rooms at distances of more than 15 feet. Samsung is in active discussions with the US Consumer Product Safety Commission about the affected appliances which were manufactured between March 2011 and April this year. Samsung added: “ in rare cases, affected units may experience abnormal vibrations that could pose risk of personal injury or property damage when washing heavy bedding or water resistant items.” Until a permanent solution could be found, customers are urged to use the lower speed delicate cycle when washing especially bulky items such as bedding.