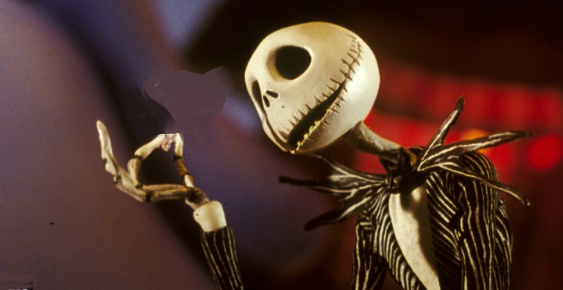 Carlos fancied himself as a man about town.  He wore hand- made suits and natty shirts and his hair were a little longer and bushier than other men’, his voice a little louder, the sway in his swaggering walk a little more pronounced.  Carlos’s girlfriend (one of them) lived in Switzerland and sent money to him in the UK in exchange for his carefully and cleverly written romantic letters and picturesque postcards, with the fanciest yet somehow masculine handwriting one could ever imagine!  They had pet names for each other and as Mavis was in the same college halls of residence as Carlos, she sometimes saw the loving writing which his Swiss girlfriend displayed on his postcards, sneakily peeked at in the post pigeonhole frame where all the residents’ mail was kept after the daily delivery.

It wasn’t long before Carlos had turned the young and pretty romantic  Mavis into his new adoring best friend.  As students, they both had time on their hands…Carlos even showed Mavis his postcards from Switzerland but underlined it was a mere flirtation, nothing serious.  He knew Mavis wanted to be a writer, and he was a freelance journalist – or so he said,  so he would take her on trips to the library where they would spend wonderful hours poring over the best fiction in the establishment including annual bound large books documenting publications in which he would find Mavis titles to read.  Then, of course, the pub, general drinking and enjoying endless Summer days cooking in the small college kitchen (there was one on each floor) came into play.  The cunning Carlos had got Mavis devotedly enamored with him.  He taught her new recipes, new ways to enjoy a drink and write productively, new ways to love – oh yes – of course an extensive love affair flowered between them.  The fact that there were more than twenty years between them never bothered Carlos, but creeping into the back of Mavis’s mind was the question …” where would all this end?”

Such was the consumption of alcohol as time went by that Carlos was having to delve into Mavis’s college grant to afford the whiskey, martini and lagers which had become a staple part of their days together.   Mavis got a shock when she looked at her bank statement and sitting naked on her bed after a shower,  about to get dressed, Carlos came knocking on her door.  She held the towel up against her body and answered the door after carefully hiding the bank statement under her pillow.  Carlos was looking the handsome confident peacock he always looked. “Let’s get the bus into the City Centre today and we can go to my favourite pub.  Just need to say, I’ll need to borrow forty pounds off you as I’m waiting for a payment for one of my articles to come through, Can you lend it to me, sweetie?”

For the first time in their relationship, a row was brewing.  “OK but look at this Carlos.  My mum and dad would be worried to know I’ve only got sixty pounds left ‘til the end of the term.” She showed him the bank statement from under her pillow.

“Well you can come and stay at my brother’s place in London for the Summer holidays.  We’ll both stay with him, his wife, and my nephew,  and you can get a little job pet and make some money.  Sure things will work out.”

“Well I do love London and Mum and Dad go for long holidays in the Summer so I might just come…I will think about it.  I will see you at breakfast in the dining rooms.”

Mavis got dressed and made a note to phone or maybe write to her parents soon.  She would have to think of a good reason to ask for some money from them as well as tell them she might spend the Summer holidays in London.  She brushed her thick auburn bob into shape and applied some light make up, wondering what Carlos’s brother and his wife and the nephew would be like and how big must their house be?

A trip to Carlos’s favourite city pub was on the cards and Mavis gave him her precious forty pounds.  Days later was the end of term and the couple drove to London to meet Pedro and

Samantha – Carlos’s brother and sister in law.  But the big surprise for Mavis was meeting Aaron, their son who was just twenty years old and very handsome and kind. Mavis and Carlos were given a double bedroom on the first floor where Samantha and Pedro also had a room.  Aaron’s room was up another flight of stairs.

The next morning, Carlos announced he was going to the West End to do a newspaper story and that he would be back for lunch.  As soon as the door closed behind him, Aaron said to Mavis…”Hey – do you want to see my record collection in my room?” It was all Mavis could do to answer she was so besotted already with the handsome Aaron who had all the good looks of Carlos but was much younger age .

As soon as they were in the medium-sized attic bedroom, Aaron who was still in a navy toweling dressing gown put his arm very gently around Mavis’s shoulder and said, “There are a few things I need to tell you about my uncle and I’ve got a plan!” “OK,” Mavis replied and fixed his dark tender eyes with a lingering stare.  “Tell me, Aaron.”

“Well Mavis he is a heavy drinker and he’s had lots of girlfriends.  He’s got a special one in Switzerland.  Are you honestly happy with him Mavis?”

“Actually…” Mavis hesitated.  “Not quite – he’s been spending my money on alcohol and fancy cooking and we don’t just drink beer and wine we drink martini and whiskey – some days I can hardly get up for college.  If my parents find out he’s using my money for a drink I could be in trouble.”

“I know his Swiss girlfriend!  What I can do is tell her Carlos is missing her and she should invite him over soon for a nice long holiday.  Then you can be free of him and stop drinking and spending your money.  You could stay here for the Summer and get a job.  By the time you go back to college, you can rent a room somewhere and get right away from him!”

“What would your parents say about my staying though Aaron?”

“Listen, Mavis, I am an only child.  I get what I want from my parents and always have done, and they’ve already told me they think you’re a very nice sweet girl.  Now let’s look at my record collection.”

Mavis was astounded that Aaron’s taste in music was so similar to her own. He had numerous albums and CDs which matched her personal collection of the same. She got up from kneeling by the shelves where the music was stored and sat on the bed as Aaron was sitting in the only chair in the lofty pastel-  blue painted bedroom. He wrapped his gown a bit tighter around his body and came and sat next to her and suddenly they were kissing, with an intensity that was beautiful and enrapturing.

After a few long seconds, Mavis pulled away, breathless and flushed. “Oh God Aaron, that was so spontaneous but you’re so compatible to me.  If it was anyone else who tried to kiss me, I wouldn’t do it –  honest.  I don’t want you to think bad of me because I responded.”

These little trysts continued for some time while Carlos and Mavis were staying at the house as Carlos was often busy and would come home late and expect to down a few spirits before retiring to bed. Carlos knew his nephew was handsome but he never suspected anything was going on between Mavis and him. Aaron’s parents let the two of them get on with getting together whilst both working cooking and doing the garden.

One morning over a group breakfast,  Carlos announced he was going abroad on a business trip, and could Mavis stay at the house while he was away?  This was a cover story as Aaron had persuaded Carlos his girlfriend in Switzerland really needed him at the moment and she had been calling the house asking for him regularly. So it was all in the bag for Aaron and Mavis.

Suffice it to say that after Carlos left for Switzerland, Aaron and Mavis moved into the double room, and before long, to his parents’ great delight Mavis announced she was pregnant.  Aaron’s parents would do anything for him.  It seemed the relationship between Carlos and his Swiss amour was also in full swing as a rekindled romance and Claudette and Carlos might be getting married.  Not to be outdone, after reading Carlos’s “Dear John” letter to Mavis, Aaron proposed to Mavis and she accepted.  Now the only decision was whether to have a double wedding or not.  In any event, all of the family were now truly happy and Aaron’s “rescue plan” for Mavis had worked out!