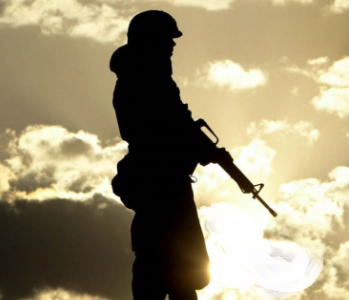 The party was reaching its full throng of activity.  Music was playing, people were dancing and the drinks were going down a treat.  However, in one corner of the room in the huge townhouse,  the best looking man at the event was in an argument. He and another guy who was a medical student were rowing with raised voices.

Charlotte was eyeing the tall guy – Vince, as he was her favourite man. He had shiny mid-brown hair with a side parting and he was tall and willowy with a wonderful smile.  He took extra care with his clothes and it showed.  He had an open neck navy shirt on and a waistcoat, trousers with turn-ups, and expensive lace-ups with a fancy pattern on them.

Mike – the medical student was also a good looking guy who had his hair quite long and had a stylish leather hat on and a T-shirt and waistcoat, flares and boots.  The raised voices eventually got so loud that the DJ stopped the music and the host of the party –  Brian, came to Vince and Mike to break the verbal argument up.

Flashing through Charlotte’s mind was the memory of Valentine’s Day when for the third year in a row she had sent Vince a valentine card.  She took great effort to ensure he would not know it was from her as the address label was typed onto a sticky label and all there was inside the loving gushing cards was a big question mark each year.  The cards were romantic and harmless. No funny ones, no crude or suggestive ones.  Charlotte adored Vince but she was not really old enough to date him as she was in her early teens and he was in his twenties.

When the music stopped, Brian said to Vince and Mike with the whole roomful of partygoers looking at the three of them.  “What’s this argument about guys?  You’ve been friends all these years and we all know each other well here so spill the beans.”

“OK,” Mike said, “Vince has told me he wants to join the army and I’ve told him he shouldn’t.  Eventually, he may work in situations where he needs to kill people or he may get injured.”

“Look,” said Brian scratching his head, “If that’s what Vince wants to do with his life, it’s up to him. He wants to defend his country and travel.”

“Thanks, Brian” bleated Vince, looking down and fed up. He continued, “We can’t all be Doctors like Mike wants to be.  For starters, I didn’t even pass my Chemistry A-Level.  I know my dad is a Doctor but I don’t seem to have the grey cells to get the grades for medicine and it’s an absolute pain.”

Charlotte, if she wasn’t too shy to do so,  was going to rush up to Vince and give him a hug. She felt a flush of blood to her cheeks as she fixed her gaze on to his handsome face – the most handsome man she had ever seen – ever! Charlotte felt blessed that the wonderful handsome Vince was part of her life in a small town and that he had made her aspire to be pretty and elegant.

Brian suddenly offered, “Well, now we all know what the argument was about, what do you all think?  Anyone want to air their views?”

Vince and Mike both looked embarrassed that their argument had come to this.  Charlotte took a deep sip of her red wine and stepped two paces towards Brian. “I’d like to say that Vince should join the army and if he doesn’t like it he can always leave and re-train in something else!”Vince fixed Charlotte with a stare and said “Thanks Charlotte.  At least I’ve got one supporter! I just want to do something which I feel is valuable in my life. I have to say I’ve not received much encouragement now. So thanks again!”

Charlotte offered, “Well I don’t think you and Mike should fall out over it.  You’ve always got on so well together!”

Brian was keen to get the party back into full swing.  “Okay guys, now let’s get the music back on and we can all settle down and enjoy the rest of the evening and let’s have three cheers for Vince – and for Charlotte’s support.  One, two, three! Hip Hip Hooray!”

What happened after that was very surprising to Charlotte.  About five minutes after the incident had calmed down, Vince made a beeline for Charlotte and offered to top up her drink to which she accepted.  He came up to her with some more red wine and suggested they go and talk in the garden.  Charlotte could feel the colour rise in her cheeks.

“Charlotte – I just wanted to tell you I go to Belfast after this weekend for six months.  And when I come back I’d like to meet up with you at the pub we all use. It’ll be the first Saturday night in June and we can meet at the bar in the snug at 8 pm so I can tell you all about my army life.  That’s with special thanks for your support. So shall we make it a date then?  I’ve always fancied you but I have no idea what you think of me, baby. Drink some of this wine then you can tell me.”

Charlotte felt so happy and nervous at the same time that she knocked back the whole glass of wine in a studied gulp.  There was just the two of them in the garden.  Everyone was inside the house dancing to the disco music and getting on with their evening. In a bit of a haze of slight squiffiness Charlotte focused on Vince’s enchanting face and quizzical enchanting eyes and stuttered.

“Vince.  If you knew I have fancied you from afar for quite a long time would you be surprised? I support your career, I support you, I support meeting up with you.  Can we also write to each other?  That would be great!”

“Oh so long as you don’t just support me because I am good looking and a snappy dresser.  As long as you support me in my career and in my people choices – like choosing you to share my new job with.  I’ve had girls running after me for my handsome face.  So Charlotte – I respect you as, if you don’t mind me saying so, we are both knock out lookers, not just myself.”

“Hold on Vince. We’ve been part of the same circle for years.  I love your face – it’s divine.  I love the way you dress.  I love so much about you.  But nothing would change my love for you, even if you come back and want to leave the army, I will be there for you and I will see you on the first Saturday in June in the snug in our pub.  Promise!  Here is my email address.  Send me the news when you have time.”

“Charlotte.  You’re my angel.  Come into the hut at the bottom of the garden and we can talk more…….” Vince then told Charlotte he was going to Belfast the next day. His friend Mike would be very disappointed to know that.

That night Charlotte went home very late.  She sneaked into the house and into bed without waking anyone and had safely got Vince’s email written in her diary.  She slept that late-night like a baby, with one picture in her mind’s eye – Vince’s handsome face…..

About three months after Vince went to Belfast, Charlotte was walking into town when she bumped into Mike unexpectedly. “So Vince is in the army now?  How is he getting on?  I just had a bad feeling about him joining up.  I hope to see him when he’s home on leave.”

“Yes, all fine Mike.  I am sure you will see him when he comes home. I hope your medical studies are going good.”

“Yes thanks, Charlotte.  I am working in a lab at the local hospital.  I graduate next year then either I will work in a GP practice or become a junior registrar in a specialty.  Pity Vince flunked his exams.  I hope he does well in the army anyway.  Bye.”

The time flew by and Charlotte felt so special being Vince’s email pal.  But something did not go according to plan.  Two weeks before Vince came home Charlotte got the news that he had had minor surgery and a hospital stay.  He would still be home for the first Saturday in June but he would have more treatment back in England.” Charlotte had obviously asked what it was for and Vince just said he’d tell her when he met her.

Time raced up to Vince’s return and Charlotte had her hair specially cut, blow-dried and styled for the first Saturday in June meeting when she got a text.  She was just putting her jacket on and picking up her handbag when it came through.  It said,  “Don’t want to frighten you but you won’t recognise me unless I tell you.  I will be the man at the bar in the  mask.”

Charlotte got the surprise of her life!  So the medical treatment had something to do with Vince’s face most likely.  Suddenly she thought of Mike – the night of the party where the disagreement started and then all the good emails until the negative one came through.

She patted her hair in the mirror and set off for the pub.  Walking into the pub she felt the lowered lights and cosy Saturday atmosphere and walked to the bar.  There was Vince!  She saw him from behind.  Tall, lean, and willowy and his hair “army” short then she noticed the straps around his head.  He turned and all she saw was a mask with holes for the eyes small holes for his nose and a hole for the mouth and Vince was drinking through a straw – looked like Gin and Tonic but it could’ve been water or lemonade. Charlotte felt her legs go weak and had an urge to run out of the pub. Charlotte had been the envy of all her friends having this date with Vince and now – what had happened?

“I’m sorry Charlotte.  It just happened a couple of weeks ago.  I am going to need extensive surgery.  We were diffusing a bomb and it went off – I got the full blast in my face.  Forgive me – I love you Charlotte.  This meeting has kept me going all these months. I am leaving the army.  I have had my taste of it and it’s not for me – just like Mike thought!”.

“So what can I get you to drink?” Vince asked.

Charlotte could not find the words to say anything at all.  She was trembling from head to foot and grasping her chin with both hands. As the pub landlady turned the lights a shade lower and the music a tad louder, Vince took Charlotte by the elbow and led her to a cosy window seat.  The night had just begun.  Where would it go from here?