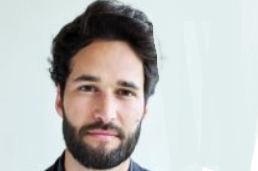 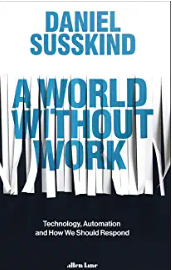 Daniel Susskind’s A World Without Work show why advances in artificial intelligence mean that all kinds of jobs are increasingly at risk. Susskind argues that machines no longer need to reason like us in order to outperform us. Tasks that used to be beyond the capability of computers –from diagnosing illness to drafting legal contracts- are now within their reach. The threat of technological unemployment is real.

Technological progress could bring about unprecedented prosperity, solving one of mankind’s oldest problems: making sure that everyone has enough to live on. The challenge will be to distribute this prosperity fairly, constrain the burgeoning power of Big Tech, and provide meaning in a world where work is no longer the centre of our lives. In this visionary pragmatic and ultimately hopeful books, Susskind leads the way.

This thoughtful and state-of-the-art on the economics of the issue, but its real strength is the way it goes beyond just economics.

A thought-provoking book to be ready by any presidential candidate thinking about the economy of the future.

In the past new technologies have always provoked panic about workers being replaced by machines, but such fears have been misplaced as many economists maintain that they remain so today as the threat of technological unemployment is real. So how can we all thrive in a world with less work? Daniel Susskind a fellow in Economics, at the Balliol College, Oxford  has previously worked in the British Government as a policy analyst in the Policy Unit in 10 Downing Street, and as a senior policy adviser in the Cabinet Office.

In chapter four, “Understanding Machines, Susskind refers to the now fairly well-known story of AlphaGo, the computer program developed by Google’s AI subsidiary DeepMind, which beat the world champion in the ancient Chinese game of Go. It won not by playing better than human, but by playing in a way that was inhuman.

“Almost as remarkable as its overall victory was a particular move that AlphaGo made, the 37th move in the second game- and the reaction of those watching, “ writes Susskind. “ Thousands of years of human play had forged a rule of thumb known even to beginners: early in the game, avoid placing stones on the fifth line from the edge. And yet, this is exactly what AlphaGo did in that move”.

Susskind, argues that we are on the verge of a new era in which the machines could come up with entirely new ideas about how to program themselves and we are heading towards a world in which human work will become obsolete – is built on his supposition that most of the conventional notions about AI learning have been wrong.

“Economists had thought that to accomplish a task, a computer had to follow explicit rules articulated by a human being – that machine capabilities had to begin with the two-down application of human intelligence”. Susskind believes that wisdom was false and has led us to vastly underestimate the depth and breadth of the labor-disrupting effects of AI. Susskind believes many machines are “ now deriving entirely new rules, unrelated to those that human beings follow. This is not a semantic quibble, but a serious shift. Machines are no longer riding on the coattails of human intelligence”,

A World Without Work: Technology, Automation and How We Should Respond,  by Daniel Susskind, Allen Lane £20, 336 pages

The Emperor in pursuit of pleasure
Swans of Hampstead