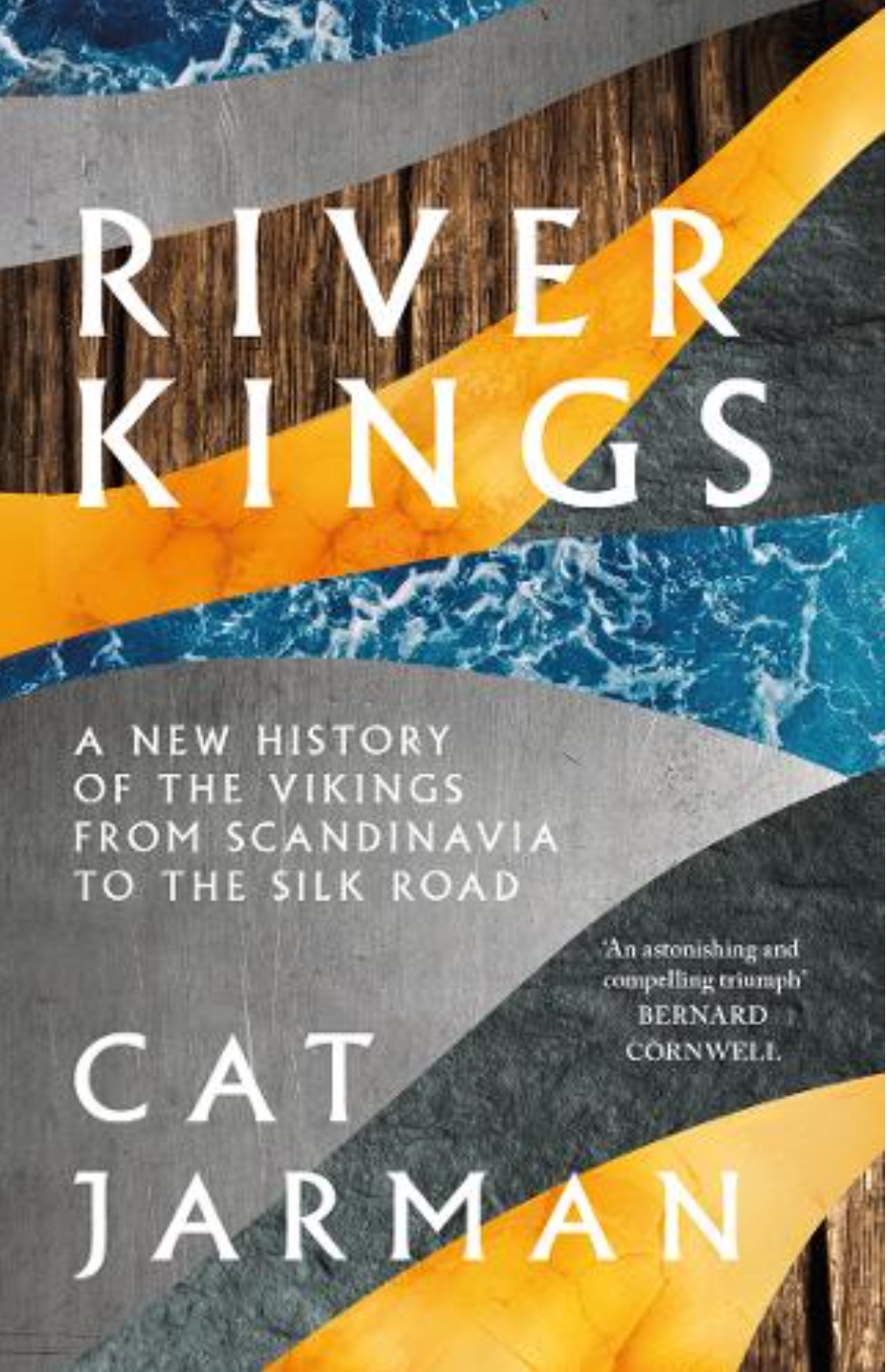 Cat Jarman, a Scandinavian bioarchaeologist based in Britain who did her PhD on the Repton Charnel, with cutting edge forensic techniques for research, uncovers the Viking Age and takes us to a small “Carnelian” bead found in a Viking grave in Derbyshire to its origins thousands of miles to the East in Gujarat. By examining the teeth that are now over one thousand years old, she can determine childhood diet and thereby discover where a person was likely born. With radiocarbon dating, she can ascertain a death date down to the range of a few years. Her research also feature new visions of the likely roles of women and children in Viking culture. In 2017, a Carnelian bead came into her temporary possession. In River Kings, she traces Vikings path back to eighth-century Baghdad and India, discovering the Viking’s route was far more varied than we might think, that with them came people from the Middle East,  not just Scandinavia and that the reason for this unexpected integration between the Eastern and Western worlds may well have been a slave trade running through the Silk Road, and all the way to Britain.

The detailed archaeological detective work including replete with witches, human sacrifice, Greek fire and funeral orgies makes an extraordinary and thrilling reading. Most historians regarded Vikings who wore horned helmets, as “traders and not raiders”, peaceful merchants who played a large role in  integrating the sluggish , moriband economy of Dark Ages Europe with that of the Byzantine and Arab worlds.  Cat Jarman tells us in the winter of 873-874 the advance of the guard of the Viking Great Army mounted the horses they had extracted  by blackmail from East Anglicans, and headed swiftly south from their camp in Torksey down the Old Roman Road towards Lincoln as the rest of the army followed in long boats , sailing silently down the River Trent. Both groups knew exactly where they were going the Royal monastery of Repton, burial places of Kings of Mercia. They took the Royal Guards by surprise, the Viking made short work of the defenders, and began to plunder the Abbey. All surviving locals were herded into slave pens from where they were set to work an earthwork fortification around the monastery and abetting the banks of Trent, where the longboats were beached. They gathered their own dead, made a human sacrifice of four young slaves, and laid to rest the bodies of their warriors on a clean deposit of red sand. The bodies were buried with their swords and jewelleries – perhaps surprisingly, the Vikings showed  a dandyish fond for brooches and necklaces, and those made of exotic carnelian beads from India. In the summer of 1982, a small team of archaeologists were digging in a mound in the garden of vicar of Repton, when they came across a gory find: an enormous charnel of human bones many of them enormous sized men, a few colons dating from the reign of Alfred the Great (871-886). But as weapons began emerging few skeletons that turned out to be sword-wielding warrior women.  Cat Jarman reveals the extraordinary activity from Greenland and Baltic sea to the walls of Constantinople and the Bazars of Baghdad. The Viking raid on the unsuspecting monks of Lindisfarne in 795 and the Viking hit-and-run attacks into the heart of English country side until 865, when the great army landed and began to move to the wholesale colonisation of the Danelaw then on to the Viking voyages eastward, past the Baltic  and then through the network of rivers over the fearsome rapids of the Dnieper to the Black Sea and  and down the Volga to the Caspian, where they reached Byzantium – known by the Vikings as Micklegarth -where Jarman takes us round the runic graffiti  and carvings of dragon-headed ships ledft behind in the Hagia-Sophia by the northern visitors. Linking the desperate worlds – the small carnelian bead and the dig up in the Vicar’s garden- Jarman found identical bead in another Viking riverside fortress, in Ukraine and traces the origin of both beads beyond the bazars of Constantinople and Baghdad, to the source in Ahmedabad, Gujarat, in Western India. The book ends with the last man who makes these beads in  a workshop outside Ahmedabad where carnelian still outcrops in the cliffs outside the city, The real source of Viking wealth lay far to the East.

River Kings: A New History of the Vikings from Scandinavia to the Silk Road by Cat Jarman, William Collins, £25, 536 pages.