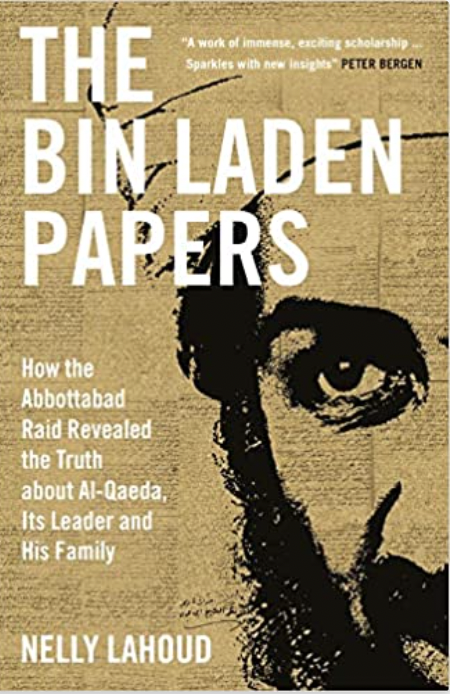 Lahoud’s The Bin Laden Papers: How the Abbottabad Raid Revealed the Truth about al-Qaeda, its leader, and His Family, reveals the heroic tale of Americans and their work in the region. She pieces together a remarkable insider account of al-Qaeda’s history, based on the writings of bin Laden and his inner circle, and her conclusion that American intelligence kept getting it wrong, despite its intense focus on al-Qaeda and its leader during the decade between September 11, 2001, and bin Laden’s death.

The moment US forces arrived in Afghanistan, Lahoud finds, Washington overestimated al-Qaeda’s ability to reconstitute and organise new attacks on the US or allied targets. The US intelligence community convinced itself that it was facing an indomitable giant – whereas, in reality, bin Laden and his followers spent their last decade on the run, scrambling to find capable operatives after most of their veteran soldiers were picked off, one by one, by American drones armed with Hellfire missiles.” The American response to the 9/11 attacks was colossal, way beyond our expectations” one bin Laden lieutenant wrote in a captured letter, translated by Lahoud “ We also did not imagine that the Taliban Empire would collapse so rapidly. The reason of course is due to thrust of the shock, and the ugliness of the bombing and its destruction.”

The captured documents also make clear that the various al-Qaeda offshoots that sprung up after bin Laden’s exit from Afghanistan- particularly al-Qaeda in Iraq, headed by notorious Jordanian militant Abu Musab al-Zarqawi, but also al-Qaeda in the Islamic Maghreb, and al-Qaeda in the Arabian peninsula- were not offshoots at all, but rather Islamic freelancers who attempted to bolster their own image by appropriating the al-Qaeda “brand”.

Al-Zarqawi secured bin Laden’s approval before changing the name of his increasingly powerful terrorist group, which became the preoccupation of US forces in Iraq until he was killed by an air strike in 2006. “ We don’t know if al-Zarqawi knew the extent to which al-Qaeda had been shattered when he sought a merger, but his enthusiasm to be part of the brand is palpable in the voice messages that reached Usama in the transcribed format,” writes Lahoud.

Bin Laden soon regretted the alliance after a series of “indiscriminate” attacks by al-Zarqawi inside Iraq that killed fellow Muslims.

“By 2000, he was beginning to experience what we might describe as Brothers-fatigue, al Qaeda had become vary of its name being associated with groups that thought they could punch above their weight,” writes Lahoud.

Lahoud explains that even after 2011, when the US intelligence community had translated and digested the documents captured in the bin Laden raid, Washington continued to oversell al Qaeda’s capabilities.

In one revelation Lahoud details bin Laden’s mounting anger with Tehran after discovering that some of his closest relatives, including his son Hamza, had been held captive by the Iranian regime for six years, after fleeing westwards at the outset of the Afghan war.

Months after reviewing the Abbottabad documents leading US intelligence officials were still telling Congress that al-Qaeda had a “marriage of convenience with Tehran – which was either a complete misreading of the intelligence, Lahoud suggests, or a malicious lie.

Both the Soviet and US occupations of Afghanistan went spectacularly wrong and Washington and Moscow learned the lesson the hard way in Afghanistan similar to what Putin appears to be learning in Ukraine.

The Bin Laden Papers: How the Abbottabad Raid Revealed the Truth about al-Qaeda, its leader and His Family by Nelly Lahoud, Yale University Press £18.99, 368 pages.