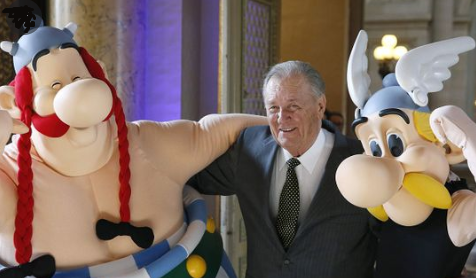 Alberto Udertzo, aged 92  who drew and took over the writing following the death of his friend and original author Rene Goscinny in 1977 of the Asterix comic books has died in his sleep at his home in Neuilly, after a heart attack that was not linked to the coronavirus according to his son-in-law Bernard de Choisy.

A signed original illustration for an early Asterix comic book cover sold for more than €1.4m (£1.225m) at a Paris auction in 2017.

The comic books about the adventures of Gaulish warriors fighting against the Roman Empire first appeared in the Franco-Belgian magazine Pilote in 1959.