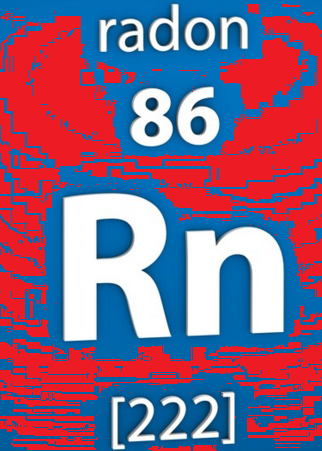 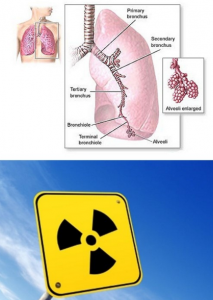 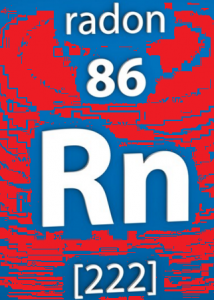 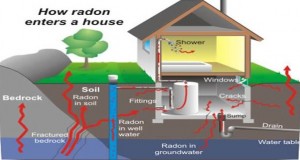 Radon Rn⁶ is another little known invisible gas that kills 27 times more people than Carbon Monoxide, causing the deaths of 1, 100 people a year in the UK alone.

Radon is a radioactive, odourless, colourless gas that is naturally present throughout UK and in other countries across the globe as well, naturally emitted in varying concentrations from radioactive element  such as Uranium, that are naturally present in rocks and soils. As Radon emitted from the ground, quickly dilutes in the atmosphere into relatively harmless gas. But in confined and unventilated spaces in buildings, in basements and in underground mines, it’s concentration levels can become lethal.

A more detailed research done during the 1970s and 1980s in the UK, it was recognised that concentrations of Radon in residential dwelling and other buildings could reach to alarmingly high level to present a material risk of lung cancer.

According to Keith Hardy, a senior lecturer at the Nottingham Trent University the UK Government introduced a series of policies and regulative measures for monitoring, recording and reporting of Radon levels, as well as guidance, relating to the mitigation of Radon levels in buildings. So in 1991, UK Building Regulations first introduced a requirement of Radon protection measures and must be incorporated within the design of new buildings in Radon affected areas. Radon itself does not cause tissue damage, but the decay by products Progeny gas may be inhaled or exhaled with little damaging effect. The decay products include Radon -222 (derived from Uranium -238) and Radon -220 (Thoron, derived from Thorium -232), and others are polonium -218, 214 and 210.

These Isotopes have half-lives between 139 days to half a second, and the precipitation of these Isotopes within lung tissue, and their degradation have carcinogenic effect. Concentration levels of Radon are measured in Becquerels per cubic metre (Bq/m³) and in UK the action level is 200Bq/m³, at  this level the lifetime risk of a non-smoker developing lung cancer is less than 1in 200 and 1 in 7 for a smoker. This increases substantially to 1 in 100 and 1 in 3 respectively when the indoor levels increase to 800Bq/M³. In UK higher levels of concentration in Devon and Cornwall due to the nature of the underlying bedrock. A detailed map in England and Wales of Radon potential, defined as the estimated percentage of homes in an area above the Radon Action Level. The work carried out by the Health Protection Agency and British Geological Survey based on Radon measurements in 460,000 homes.  There is lot of information and advice available on the UK Radon website, Health Canada,  United States Environmental Protection Agency and the Australian Government’s Radiation Protection and Nuclear Safety Agency and they all ensure  monitoring of the levels of Radon in the world. There are wide range of remedial measures including the insertion of protective barriers within the floors and wall and various ventilation systems that can mitigate the build-up of Radon.

Cuddle is back this time as Spoonr
350 industrial jobs saved