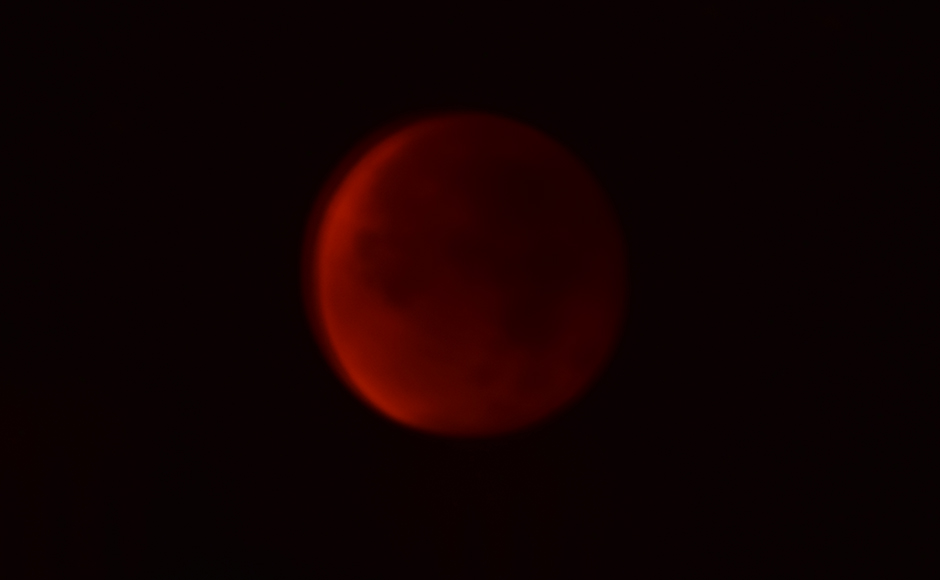 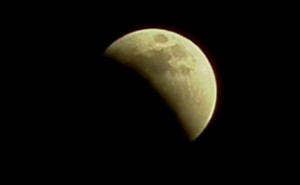 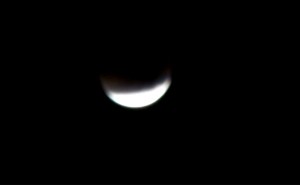 The eclipse made the Moon appear red in colour and 8 per cent larger in the sky, was be visible in North America, South America, West Africa and western Europe.

NASA claims a supermoon last coincided with a lunar eclipse in 1982 and is not expected to again until 2033. A supermoon occurs when the Moon is in the closest part of its orbit to Earth, meaning it appears larger in the sky.

From the UK, observers saw the Moon pass through the Earth’s shadow in the early hours of Monday morning. In North and South America the eclipse will be seen on Sunday evening.

The supermoon, looked rust-coloured during a total lunar eclipse – giving rise to its nickname Blood Moon, as the Earth’s atmosphere scattered blue light more strongly than red light, and it is this red light that reaches the lunar surface. During the eclipse, the Moon lies in front of the stars of the constellation Pisces.