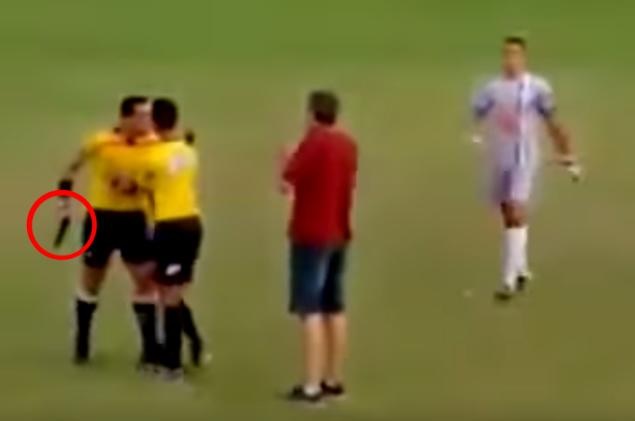 A part-time Brazilian referee Gabriel Murta pulls a gun, at Brumadinho near Belo Horizonte, Brazil’s sixth largest city and capital of the state of Minais Gerais, during an apparent red card dispute including an assault, and he is facing disciplinary action.  He was due to undergo a psychological assessment and could face a suspension or permanent ban.  Gabriel, who is policeman by day, was kicked and slapped by players from a bottom-league Amantes de Bola, while the manager invaded the pitch and demanded a red card, during a match between Brumadinho and Amantes da Bola which literally means “Lovers of the ball”.

Mr Bozzano said: “ This is not a common occurrence , in this instance the referee opted for getting his gun because in his view it was question of controlling a situation.”

Danish Film festival in Chennai : Keepers of lost causes
£500 rent for a cupboard under the stairs in Clapham